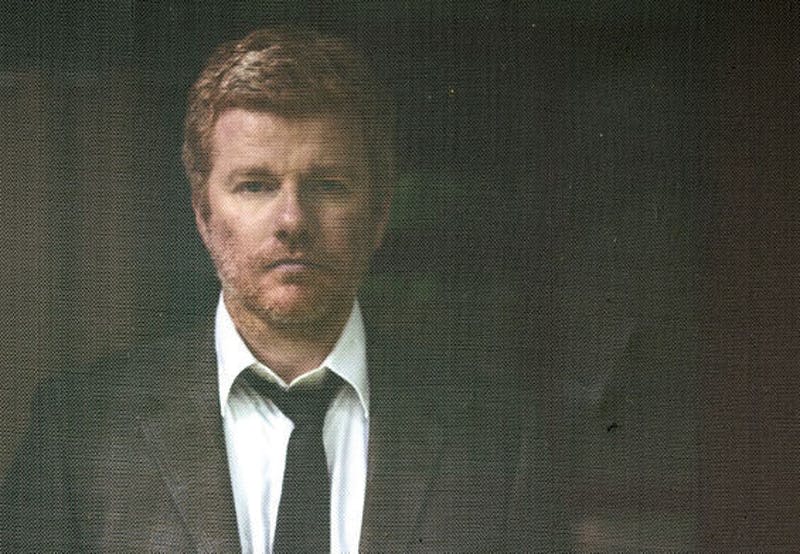 New Pornographers leader and full-fledged power-pop genius A.C. Newman’s third solo album is the punkest thing he’s ever done – and also the quietest, the sweetest, the subtlest, simultaneously the most emotionally fraught and spiritually contented.

It begins with a delicately blissful song about being “in a strange in-between space where the things I had always strived for – perfect happiness, success, being the best at what I do – were suddenly not nearly as important as just holding onto what I had,” as he puts it, and ends with the saddest, most direct and heartbreaking song he’s ever written. In between is “dad rock” in its purest, most powerful form.

Yes, Shut Down the Streets ends with the title track, gorgeous and devastating in equal measure, which concerns the recent death of Newman’s mother. From “Electric Version” to “Miracle Drug,” “Sing Me Spanish Techno” to “Submarines of Stockholm,” it’s been possible throughout his career to dearly love his songs – their wry lyrical enchantment, their watchmaker-precise economy – without really having any idea what the hell he was talking about. “Shut Down The Streets,” by contrast, slow and solemn yet bravely buoyant, begins thus:

This is not Spanish techno. “I felt the need to be more clear in the lyrics on this album than ever before,” he explains. “Not worry so much about the poetry of it. It felt like the message really had to be clear. At the least, more clear than before.”

But coping with death is only part the message here; most of the rest of the songs celebrate new life, in the form of the birth of his son, Stellan, and the bucolic life Newman is carving out for his family in Woodstock, New York – what he calls “my private new world.” The shuffling gait and plinking keyboards of “You Could Get Lost Out Here” make clear that he is lost out there, and a little nervous for it, but also not a little exhilarated.

There is wit and even cleverness here – it’s an A.C. Newman record, after all, and exquisite, sugary melodies and expertly melded boy-girl harmonies (most courtesy of longtime collaborator Neko Case) come standard, along with failed-relationship laments recounted with the proper mix of gravitas and bemusement. (Song titles: “Encyclopedia of Classic Takedowns” and “Wasted English.”)

Still, where the sugar shock of the New Pornographers’ Mass Romantic or first solo album The Slow Wonder seemed designed to give you the best headache you’d ever had, this time he’s aiming for heartache – a sharper pain, a greater reward. Better yet, it’s the good kind of heartache, the bursting-with-joy kind, the kind reserved exclusively for young parenthood. There’s an advice-to-my-son song here called “There’s Money in New Wave,” which is funny, of course, but also gets at the funny way you’re simultaneously desperate to help your kids succeed and fearful that you won’t have any idea what to tell them, what to do for them.

The true heart of Shut Down the Streets might be “Strings” and “Hostages,” both exquisite and infectious, both expressly about Stellan, the latter described by Newman as “a straight-up joyous song,” the former based on this premise: “We wanted to have a baby so much that I made a promise to the world that I would never complain again if this wish was granted to us. Now that we’ve been given this, I constantly have to remind myself not to be full of shit and live by the promise that I made.”

“Strings,” too, immediately ranks among the most direct and unambiguous things he’s ever written: “‘We’ve been waiting for you’ is a simple line of no great artistic worth, but it is very very true,” he insists. He’s only half-right.