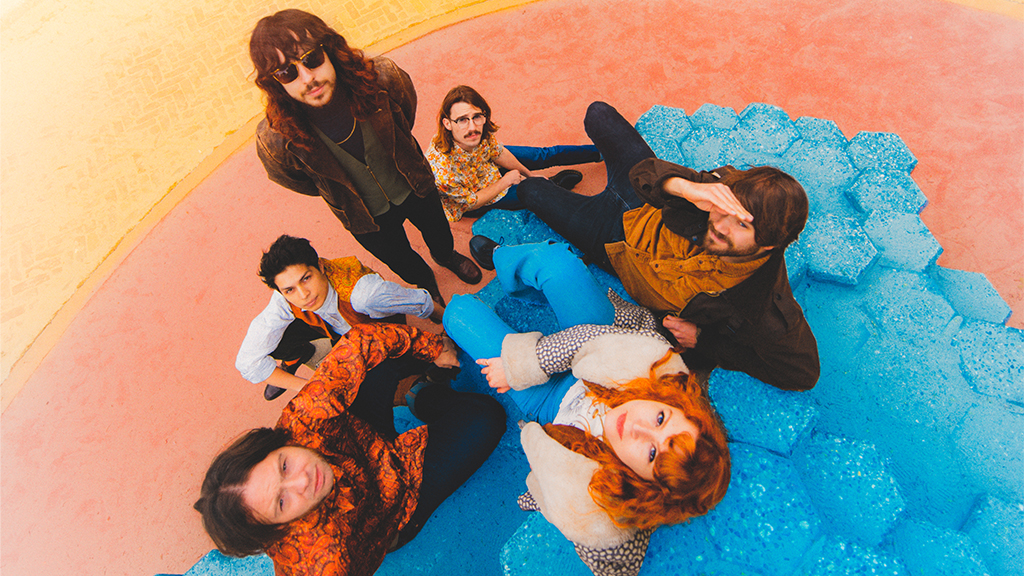 Turkish psych folk band Altin Gün are easy to fall in love with.  The band, which hails from Amsterdam but comes from various backgrounds (Turkish, Indonesian, Dutch) create music that opens doors between traditional Turkish folk songs and psych.

On April 26, 2019, Altin Gün released their sophomore album Gece, which follows their 2017 acclaimed debut record On. With their new effort, the band continues to experiment, opening sonic portals previously unexplored between genres. The traditional folk songs Altin Gün has re-worked for Gece become nearly unrecognizable in their talented hands, as they deftly change time signatures, adding new sounds and layers to each track. The result is a sparkling album that is guaranteed to lift the mood of any room it is played in.

Altin Gün was inspired by founder and bass player Jasper Verhulst’s deep passion for Turkish folk and psychedelia. “The songs come out of a long tradition. This is music that tries to be a voice for a lot of other people,” he explains.

While most of the material they present has been a familiar part of Turkish life for many years – some of it associated with the late national icon Neşet Ertaş – it’s never been interpreted like this before. This music is electric Turkish history, shot through with a heady buzz of 21st century intensity, filled with funk-like grooves and explosive psychedelic textures.

“We do have a weak spot for the music of the late ‘60s and ‘70s,” Verhulst admits. “With all the instruments and effects that arrived then, it was an exciting time. Everything was new, and it still feels fresh. We’re not trying to copy it, but these are the sounds we like and we’re trying to make them our own.”

And what they create really is their own. Altın Gün radically reimagine an entire tradition. The electric saz (a three-string Turkish lute) and voice of Erdinç Ecevit is urgent and immediately distinctive, while keyboards, guitar, bass, drums, and percussion power the surging rhythms and Merve Daşdemir sings with the mesmerizing power of a young Grace Slick.

Altın Gün (the name translates as “golden day”) formed in the Netherlands and grew from Verhulst’s obsession with Turkish music. He had been aware of it for some time but a trip to Istanbul while playing in another band gave him the chance to discover so much more. But Verhulst wasn’t content to just listen, he had a vision for what the music could be – and Altın Gün was born.

He explains, “None of this music is widely available in the Netherlands. Of course, since our singers are Turkish, they know many of these pieces. All this is part of the country’s musical past, their heritage, like ‘House of The Rising Sun’ is in America.” As Verhulst has delved into Turkish music, he’s continued to seek new songs that grab his ear. “Most of these songs have had hundreds of different interpretations over the years. I’m listening for something we can change and make into our own.  We need something that will make people stop and listen, as if it’s the first time they’ve heard it.”

On Gece, Altin Gün bring together music from many different Anatolian sources (the only original is the improvised piece “Şoför Bey”); echoing new textures and radiating a spectrum of vibrant color (ironic, as gece means “night” in Turkish). It’s the sound of a band both committed to its sources and excitedly transforming them. It’s the sound of Altın Gün. Incandescent and sweltering.