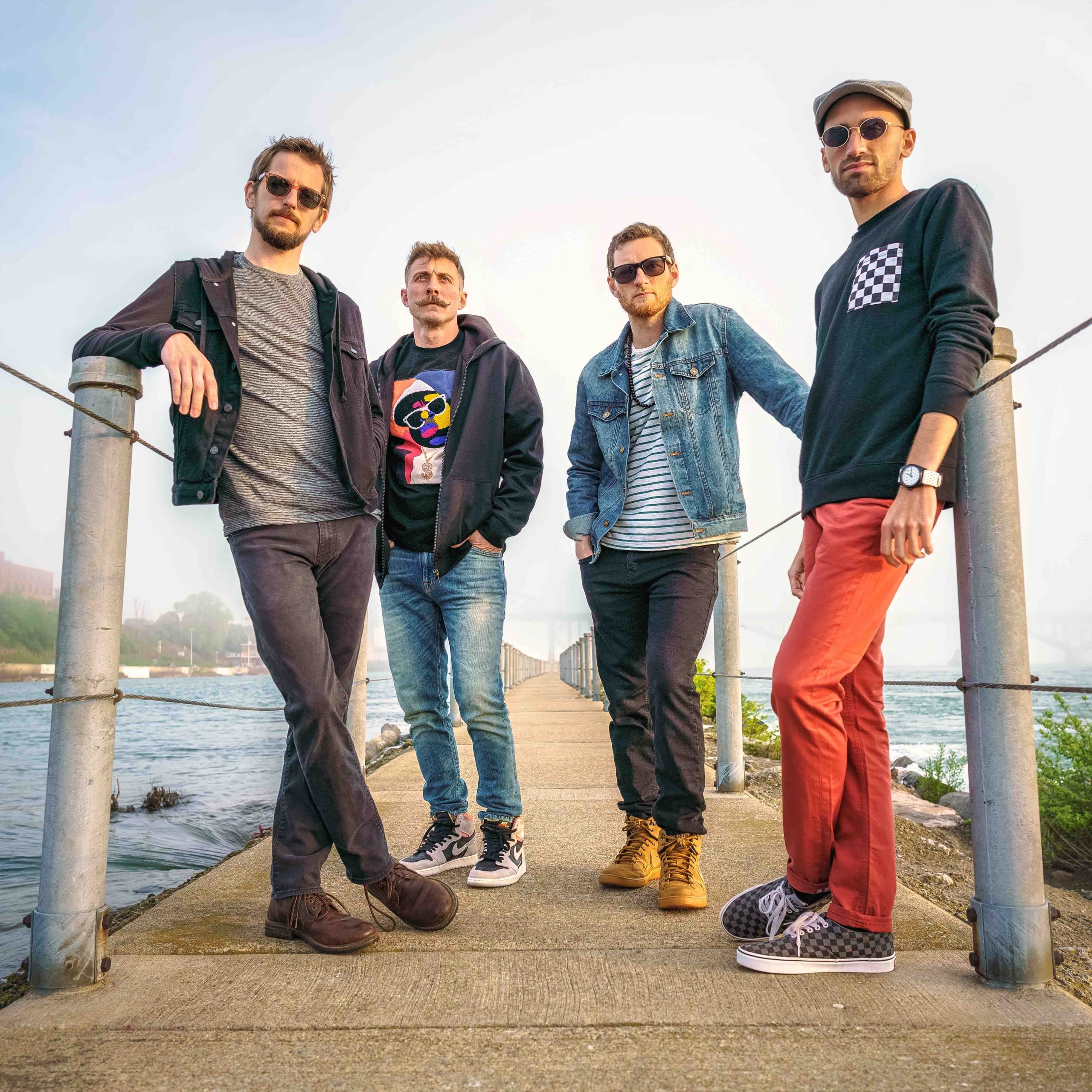 Born of a life-long friendship rooted in music, paired with an endless appetite for elevating and evolving their craft, indie-jam rock group Aqueous has definitively carved out their place on the national music scene. Following several full-length studio albums, EP’s, and live releases, high profile performances at music festivals like Electric Forest, The Peach Music Festival, and Summer Camp Music Festival, as well as favorable press from Billboard, Huffington Post, and Guitar Player Magazine, the band finds themselves touring all over the United States.

With instrumental prowess channeled through pop infused hooks, meaningful songwriting, and all out rock n’ roll, the band is a joyful musical tour-de-force. Being no strangers to improvisational music, the natural extension of many songs live is what makes every show unique. Blurring the lines between a multitude of styles and genres, Aqueous’ sound is explosive, fresh, and undeniably their own.