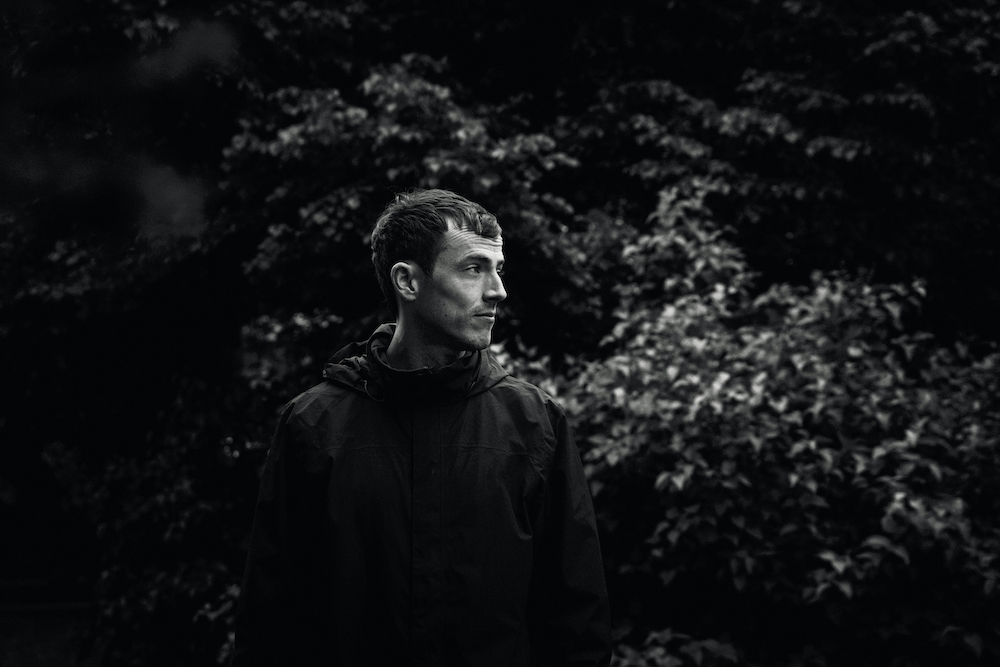 The beginning was personal. Escaping the everyday grind, Charlie moved to Seville to hone his craft. In his two years alone, he began plotting a course to a body of work both restrained and joyfully expressed. With the insistent pulse of nylon string guitar, he delivers accessible songs in a refreshing style. Add his warm, evocative voice and at once something timeless and exhilarating falls into place. The ingredients are many. His percussive playing style, reminiscent of dancing feet. Locomotive drums that pass through ambient swells like scenes from a train window. Well-placed synthesisers driving out kosmische grooves. Charlie’s knack for upturning a commonplace lyric to uncover fresh meaning. With these, the songs propel forward with an urgent, rousing optimism. Even in the gut-wrenching Hundred Times—where we find ourselves in the sizzle and smoke of some haunted jazz lounge—there is the sense of a beam of light cutting through the murk.

In his studious approach and the careful isolation of his songs, you find an artist whose privacy and singular vision is the engine of his music. In these times, there’s something special in a musician who allows the song to speak for itself. In this, a strange thing occurs: the private becomes the relatable. The songs grow beyond the personal and speak to something universal. From his base in London, Charlie continues to chronicle intimacy and introspection. ‘I’m a private person outside of performing,’ he admits. ‘There’s autobiographical stuff in the lyrics. It flits in and out. It’s more about people generally; their interactions.’ And people are interacting: Charlie has achieved over 344m Spotify plays. His single Minimum achieved over 100m plays alone. All this with little social-media push or appearances in his promo videos.

In 2014, Charlie recorded his debut EP, Outside Things. The songs garnered support from live audiences, Spotify and mainstream radio alike. After his second EP: Breather (2015), Swedish label Dumont Dumont went on to release the EP, Heights (2016). The following year saw the label release his debut album, Lines. As its title evokes, ‘It was important to keep Lines simple.’ Charlie’s modest outlook is clear, ‘I wanted the songs to be able to stand up without too many bells and whistles.’ Together with producer, Duncan Tootill, he wove discreet shifting synthesis through the recordings. As a result, Lines has a sonic depth beyond that possible from one man and his guitar. Still, these production flourishes are never at the expense of the album’s impressive intimacy. Instead, they provide—a counterpoint—stark worlds through which the hook-laden songs flow. It’s here that Charlie’s more direct influences (the likes of John Martyn, Paul Simon, Nick Drake and the great women of jazz: Holiday, Fitzgerald and Simone) fuse with his ambient loves: Brian Eno, Mogwai and the early work of Aphex Twin.

Far from a difficult follow-up, Permanent Way (2019) was a confident doubling down of the dynamic and compositional achievements of Lines. With Charlie at the forefront on both guitar and piano, the album saw its producer, Sam Scott, adding brass, keys and percussion. Cinematic orchestrations come courtesy of Daniel Thorne (Erased Tapes) and are performed by Immix Ensemble. Charlie worked on three more tracks with producer Rodaidh McDonald (The XX and King Krule). ‘Rodaidh pushed me out of my comfort zone for the better, then Sam and I set about pulling it together.’ Despite the album’s grander dimensions, there’s no trade-off of the intimate for the bombastic. Charlie’s deft touch with the personal remains its foundation. Regardless of a bigger label and a name producer, Charlie’s singular vision—his permanent way—pushed to the fore of his work.

While Charlie’s time in Spain is well documented, less is known of his life before. Of the eleven-year- old who, isolated by small village life, began to develop an ear for the captivating emotional thread in the music of Otis Reading and Stevie Wonder. Of the teen learning his way around a guitar; ‘gawking’ the ‘lost worlds’ of VH1 and MTV as his musical education. Of his adolescent epilepsy or his expulsion from high school. Of his subsequent love of Fugazi, Botch and Converge: influences—though worlds apart—that are still felt in the openness of his work. Or that he gained a degree in music, despite dyslexia that made ‘reading music impossibly hard.’ What is clear in these snapshots, is the sense of an artist with music at his core, who strives to find his ‘own way in.’

Fast approaching his four-hundredth performance, Charlie has headlined some of the UK and Germany’s most beautiful and loved venues. The Union Chapel, Queen Elizabeth Hall, Berlin Philharmonie Kammermusiksaal and the Munich Muffathalle among them. His broad appeal has led to slots with artists as disparate as Laura Mvula, Beirut and Glass Animals, not to mention strings of shows with legends the likes of King Creosote and Rodriguez (the latter at The Royal Albert Hall). Extensive touring has sent him across the US, Mexico, Scandinavia, Europe and the UK. From End of the Road (England) to The Montreux Jazz Festival (Switzerland); from Colours Ostrava (Czech Republic) to Haldern Pop (Germany), as well as the long anticipated Montreal Jazz Festival in 2022, Charlie’s unique music and hypnotic performances continue to connect with audiences the world over.