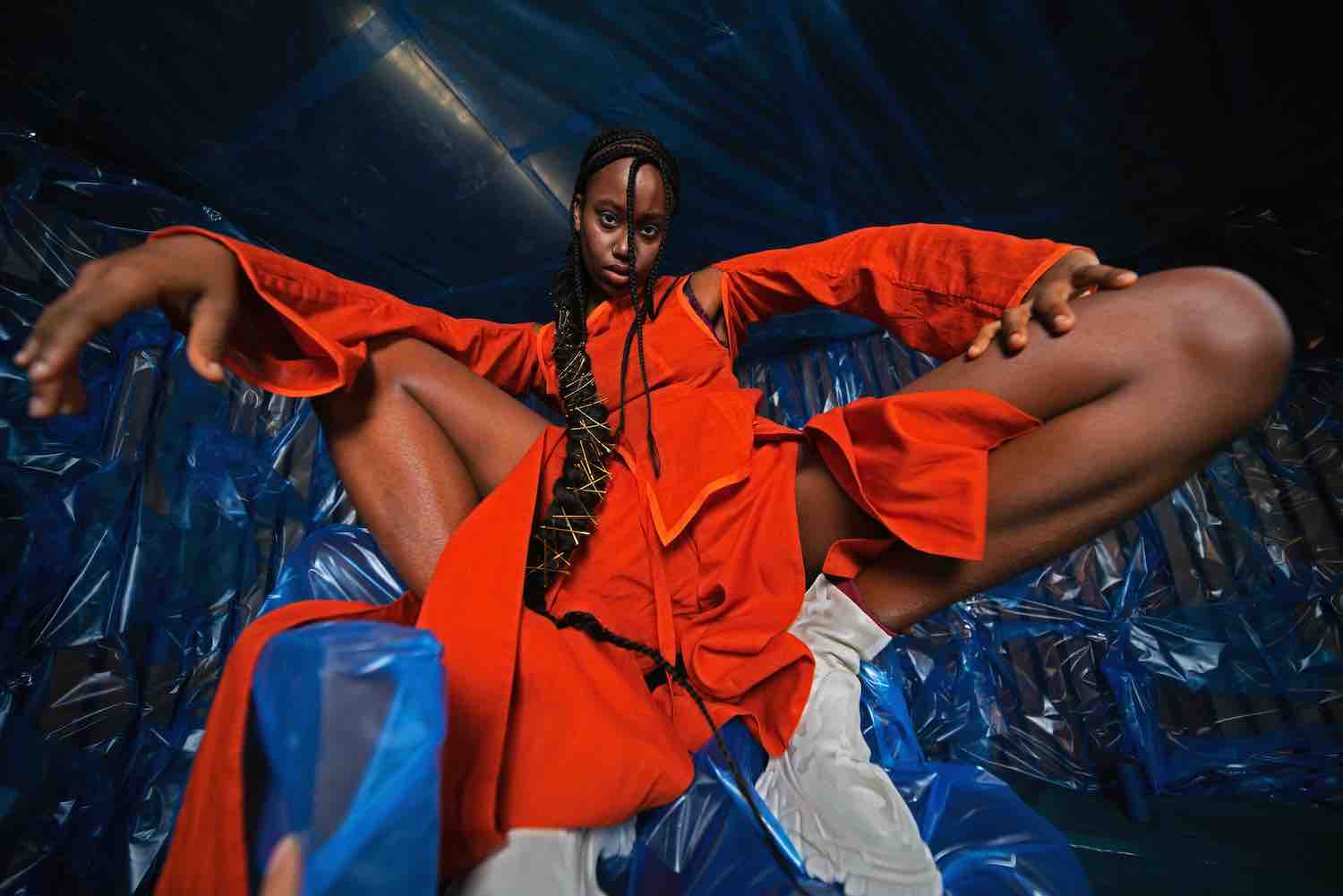 “Sometimes, in the current climate of the world burning, I’m like, ‘How important are my feelings?'” says Denai Moore thoughtfully. The Margate-based singer-songwriter doesn’t do small talk; she plunges straight into the biggest and most intimate of topics, like what it means to be an artist in a turbulent time like 2020. “But it does feel important. What else would I do? Everyone has feelings, and there’s something very reassuring about documenting [them]. I think art is this voice that’s inside of all of us, whether it’s in, like, how you make your coffee, or reading, or whatever you do in your day that makes you feel heard by yourself. There’s something like a mirror in art, that’s amazing.”

It’s this intricate line of thinking that has lead Denai to create her most complex, personal and political work to date with her third album, Modern Dread. Her piercing soul vocal first commanded attention on SBTRKT’s 2014 album Wonder Where We Land when she was just 21, and since then, the British-Jamaican artist has made waves with her solo releases. She started out with robust piano ballads on the Rodiadh McDonald-produced Elsewhere in 2015, before shifting into lighter, hazier textures on 2017’s We Used to Bloom, a celebratory record all about self-acceptance. Drawing critical acclaim from The Guardian, The FADER, Vice, gal-dem and more, her solo work to date has cemented her as one of the UK’s brightest indie voices.

But while writing Modern Dread, she dug deeper than ever before, and the result is her most nuanced songwriting to date. “As I was writing the album, I felt these deep feelings,” she reflects. “It’s about that, but also about the world – about global warming, and my place and significance in the world as a human being. So a lot of it is this heavy sense of dread.”

She hadn’t made firm plans for her third album, but it was when she first worked with Alex Robertshaw – guitarist and keyboardist in Everything Everything, one of Denai’s favourite bands when she was a teenager – that it seemed to click into place. Their first session yielded three new songs, and Denai found that Alex helped her to get out of her musical comfort zone. “Each session felt like new ground for me,” she says. “He pushed me in a way that felt really essential, just for me to experience myself that step further. I would suggest stuff like, ‘Maybe I could come in here, sounding like a siren’, and he would go to the next level and be like, ‘Why don’t you hum, and then screech?’ I love that spontaneity. I love the risk. I love like feeling like, ‘Okay, does this sound kind of… insane?'”

While the album speaks to both personal and global anxieties, Denai’s life since the release of We Used To Bloom has mostly been a peaceful one. Modern Dread was made over a period of two years, during which time she moved to Margate with her girlfriend, the first time she’s left her familial home of London. “I love it there,” she says. “It reminds me of my childhood, because I grew up in Jamaica, so being by the sea feels like home.” She also started her own vegan Jamaican supper club, Dee’s Table, after being frustrated by the lack of vegan jerk options she could find. It turned out to be another important creative outlet for her. “Cooking is like a form of meditation; like self-care.”

During that period, she and Alex (who also had a baby and released an Everything Everything album in that time) would occasionally go up to two months without working together, allowing the themes of the record to marinate for a while in Denai’s mind. She listened to a lot of Thom Yorke in that time, and returned to her favourite album Yeezus, sinking into the angular, electronic textures. She also read widely, and took some lyrical inspiration from her favourite poet Maggie Nelson and from essays on topics like psychoanalysis, pretentiousness, and outrage culture.

She also took inspiration from a familiar well that pop music has drawn from since the beginning of time: love. “This album has a feeling of a visceral, endless, relentless kind of breakdown, I guess,” Denai laughs, “But there’s also a few love songs on this album, which I didn’t really plan for. I’ve never really written about that part of my life, because I’ve been so closed off to that part of my world, but it is my world. Love songs, for me, are very hard to write in a non-corny way. Heartbreak is easier. But because I’m living it, I’m very in love… It’s a vulnerable thing to do, but it’s also really empowering.”

Denai introduced the world to her bold new direction with “To The Brink” in late 2019: a searing anthem with angry synths that light up like flares. Sounding more strident than ever, Denai sings about a relationship that’s been pushed to the very limit, while also describing a familiar, over-connected anxiety: “Wanting nothing more than to throw away my phone”.

In March 2020, she followed it with the sparse, eerie “Cascades”, a song written when she found herself alone and depressed in LA after taking part in a songwriting camp. “I was having a little bit of a breakdown,” she says now. “Suddenly, I had this block of days where no one was around me. I ate all my meals alone. And I started to really understand where I was mentally. The song is about over-indulging in my head, and how I actually see myself a lot of the time.” With layered, metallic vocals and instrumentation that hits like a cold blast of air, it sets the tone for a spacious record full of revelatory moments. The record is Denai telling herself: “It’s okay to feel like shit sometimes – and it’s okay to be confident as well.”

Those confident moments shine brightly – like the reverent, warm modular synths of “Too Close”, an upbeat dance track that was made early on in her sessions with Alex, and which she says set the tone for much of the record. But her most vibrant moment is “Fake Sorry”, “That’s another part of me I’ve never expressed before,” Denai smiles. “It’s like this confident version of me – my inner sass. I wrote this song about being very exhausted of having to constantly explain myself all the time as a woman, and saying ‘no’ and it not being taken seriously as a ‘no’. It’s a very self-assured song. It’s unapologetic.”

Amongst these unabashed moments of confidence are also stinging depictions of dissociation, insomnia, and anxiety. On the creeping, minimalist “Turn Off the Radio”, Denai sings mournfully: “Is there a single quiet place?” The song – which was also written in LA, with “Cascades” – is about lying awake and wandering the city, feeling your mind constantly abuzz with a stream of new information. “It’s about not being able to filter out that constant feed of what’s happening,” says Denai. “Like, having this restlessness. It’s endless – there’s always something else. There’s also part of you that feels desensitised to a lot of stuf that’s happening, because it’s just like a repetitive thing.”

“I think it’s important, when making a record, to capture all those different parts of myself in that current moment,” Denai reflects. Modern Dread may have the pervasive gloom that its title suggests, but it’s also a dense tapestry of different moods – with a sense of strength that connects them all. Denai sounds more emboldened than ever before, with lyrics about self-preservation and self-assurance, and a daring sound born from pushing herself to new heights. “What’s so rewarding about making music is that it’s like a never-ending staircase – there’s always another level,” she reflects with a smile. “You can always one-up.”