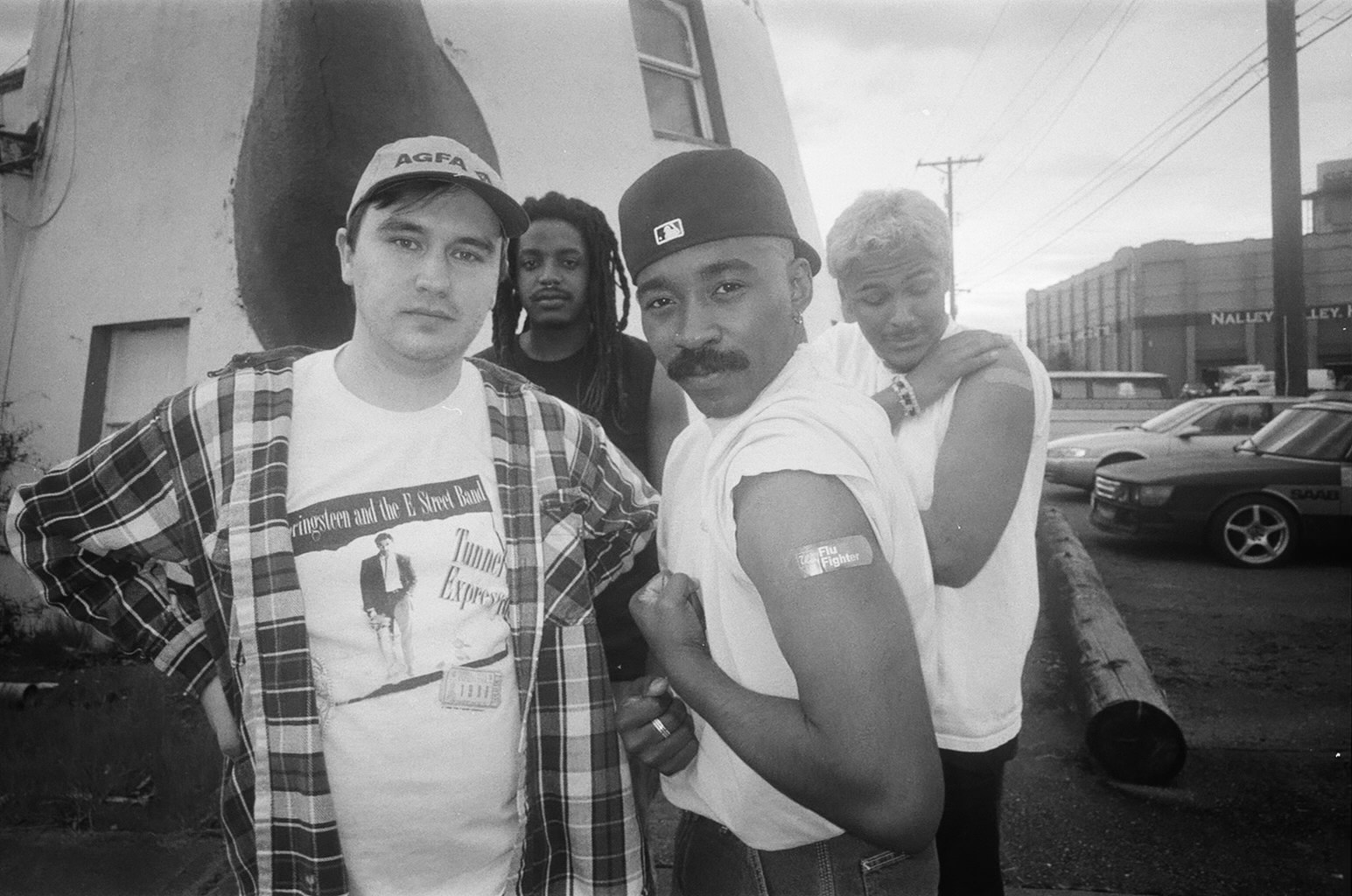 Enumclaw is a rock band based in Tacoma, WA composed of brothers Aramis and Eli and friends Nathan and Ladaniel. The four met playing shows in the Seattle-Tacoma area and bonded over their mutual love for Drake, Nirvana, and 90’s R&B. Despite having never played guitar or have any singing experience, frontman Aramis has proclaimed that the band will be the biggest in the world. With critical acclaim from Pitchfork, Gorilla Vs Bear, Stereogum, KEXP, and others, Enumclaw is on their way. Their debut EP Jimbo Demo came out late April 2021 via Youth Riot Records.