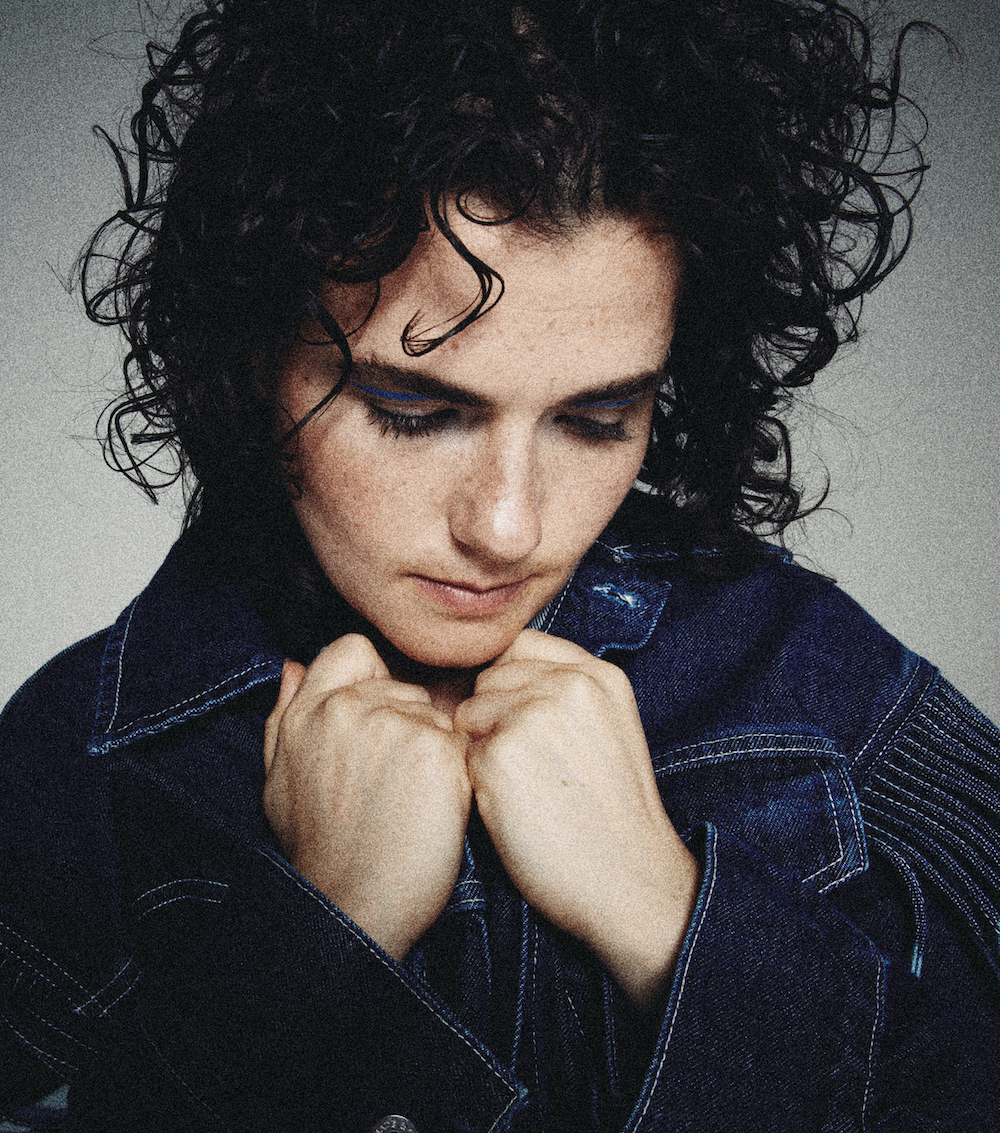 Georgia is seeking a thrill. Her new album, Seeking Thrills, is a musically daring story of hedonism, self-discovery, and above all, the transcendental power of the dancefloor.

The North West Londoner has been on a long, dazzling journey since the release of her critically acclaimed debut album in 2015. Her first self-titled collection of percussive, punk-inflected pop songs was lauded by The Guardian, Vice, The FADER and others – but nobody predicted the about turn she would make when she returned with two rough-hewn diamonds of house music in 2019.

‘Started Out’, the first single Georgia released from Seeking Thrills, is an upbeat pop twist on Mr Fingers’ ‘Can You Feel It’, and as Georgia sings you can almost hear the smile: “We are wicked young fools who behave/Back in the arms of somebody who saved us”. Its release was shortly followed by ‘About Work The Dancefloor’, a synth-charged, Robyn-adjacent pop song with a delicious hook. Both were runaway hits: they hit Radio 1’s A playlist, and propelled Georgia to headline shows across the globe, including dates in Europe, Latin America, the US, Australia, plus a goosebump-inducing one-woman-band set on Glastonbury’s Park Stage. (“It was one of those Glastonbury moments,” Georgia remembers, “like another level.”) ‘About Work The Dancefloor’ has only continued to snowball, now boasting remixes from The Black Madonna, Krystal Klear, and Gabe Gurnsey.

Though Georgia had already completed most of Seeking Thrills before those songs catapulted her to a new audience, she quickly found herself on a surreal new trajectory as an unlikely, DIY pop star. As she puts it, “I didn’t know anyone would connect, with ‘Started Out’ especially – that song I always thought was a very weird kind of dance song. It was a complete and utter shock.” So, she decided to take some time revisiting the production of her album, making sure it was nothing short of dancefloor perfection. In the meantime, “being able to go around the world and see people singing back the lyrics of those two songs has been a real life-changing experience.”

The resulting record is heavily inspired by Chicago House and Detroit Techno of the early 80s. “I was listening to the whole of Trax records, so Frankie Knuckles, Mr Fingers, Marshall Jefferson and that whole scene, but also Detroit, like Underground Resistance, Jeff Mills, Kevin Saunderson,” she enthuses. “I got into a rabbit hole of that scene, and just how it shaped pop music of the 80s. Like, seeing how Depeche Mode were at Frankie Knuckles’ Powerhouse nights; Madonna was on the floors in Detroit listening to Underground Resistance.”

Seeking Thrills fuses analogue club sounds with solid pop songwriting, and showcases Georgia’s lifelong love affair with the drums. As a session drummer, making her name playing and collaborating with Micachu, Kwes, and Kate Tempest, she used her technical knowledge to replicate set-ups from 80s house and techno. “The drummer jumped out,” she laughs. “I used 909s – the drum machines that would have been used in Chicago and Detroit, and everything you hear on the album is analogue. I’m obsessed with the sound of drum machines!”

Throughout the album, there are also notes of her fascination with global sounds – surprising textures such as the reproduced Balinese Gamelan on ‘Ray Gun’ reflect Georgia’s background in ethnomusicology and hours spent rifling through “the world music section of Honest Jon’s”. Plus, there’s the influence of the grime and raves of London, and the musical loves of her parents (her dad is part of electronic outfit Leftfield, and both her parents switched her onto everything from Kate Bush to the Channel One Soundsystem). She enlisted the expertise of LA engineer Sean Oakley for additional programming and production, while she worked together with Mark Ralph (Years & Years, AlunaGeorge) on mixing and producing.

Seeking Thrills is underpinned with sense of melancholy and vulnerability, and a real sense of power, as it documents Georgia’s emergence from a tough period of life. After the release of her debut, she says, “I was going through quite a heavy period with drinking and, other sorts of substance abuse. My friends sort of gave me an intervention. I always thought, when I’m drinking, I’m just a fun person. But actually, deep down, I was in a bad way.” As she got sober, went vegan, quit smoking, and began writing the new album, Georgia realised the joy of going to clubs around the world without drinking a drop: that dancefloors could be places to heal, rather than just forget. “I was having real experiences. It was an amazing thing. It’s like rock and roll – you will never be able to take away the dancefloor from people. If you’re on a really good dancefloor with a really good DJ, you can be whoever you want to be”.

The artwork captures the album’s theme of growing up, finding the balance between girlhood and womanhood, in iconic imagery from 68-year-old San Francisco photographer Nancy Honey. “She did these amazing photographs of young girls in the North of England back in the 80s in Hull, and she went around and asked the girls what they wanted to be.” On the album, Georgia confronts growth and change in London on ‘Til I Own It’, where she discusses the city in the shadow of gentrification, rising house prices, and feeling left behind. Meanwhile, on ‘Mellow’, she enlists Shygirl in a sexy ode to “try to get that thrill-seeking moment with all my girls getting up to hedonistic behaviour in Tenerife or something”.

In a hark back to the grunge-y voice she started out with, new single “Never Let You Go” is more of a sharp, angular punk song. “I got into all this Belgian post-punk music,” Georgia explains. “The whole Belgian electro of the 80s and early 90s is really phenomenal scene.” With its unfiltered lyrical sweetness rubbing up against its sparse, acidic production, the song is dedicated to her brother: “Although your skies keep changing/You know, I will still be waiting”.

It’s just one of the many rich, bubbling moments of fun across the album, a listening experience that takes you into the party, through electro-pop into R&B, and back again. Feminine without being saccharine, her deep, brooding reflections carry usthrough euphoria, heartache and melancholy, but always with the memory of the good times. Georgia is reminding you of the altitude of your last real thrill, and when we turn the record on, we’re there again, aching for more.