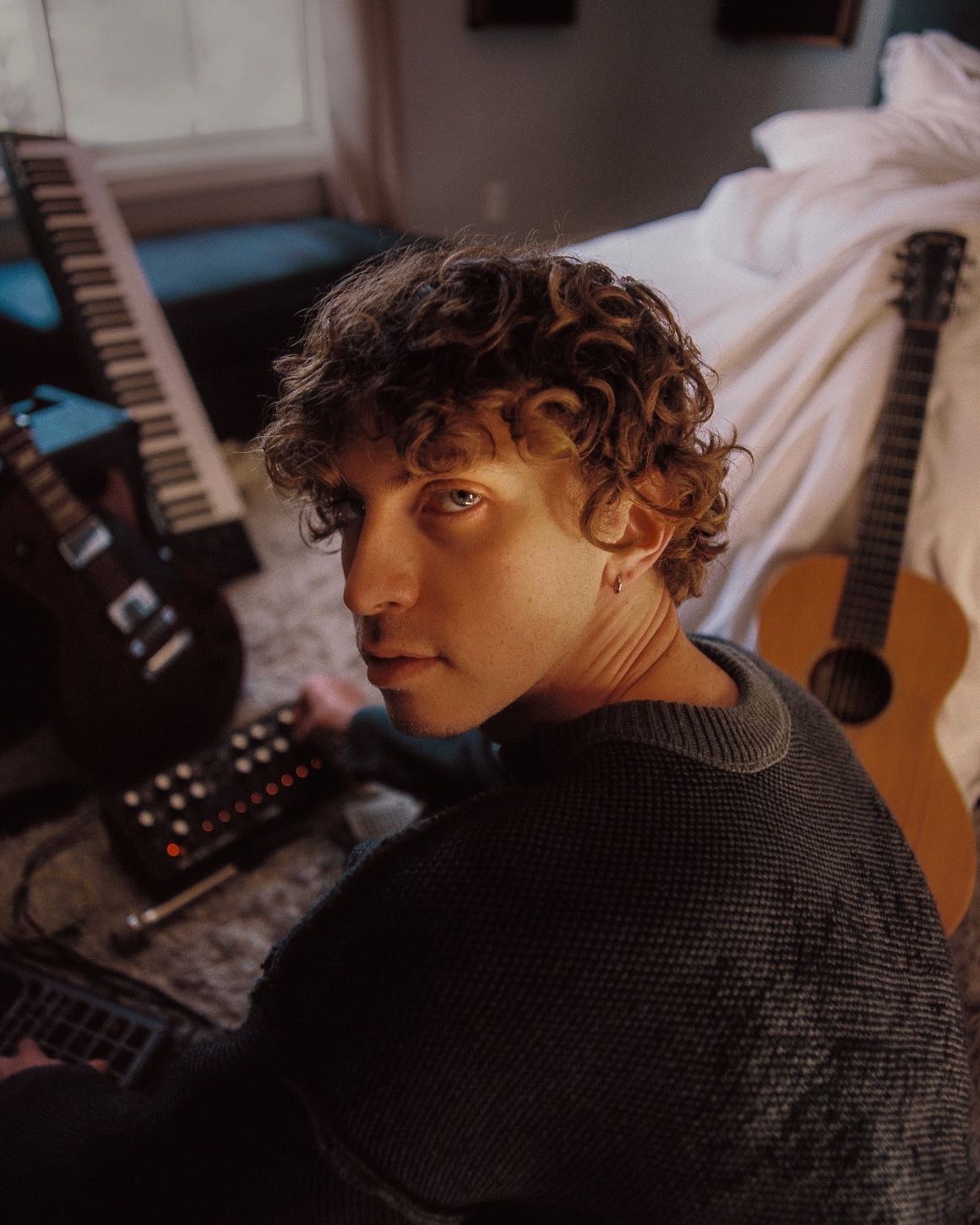 Hamond, a multi-instrumentalist, producer, singer, songwriter from Houston, Texas who makes songs that can’t be easily tied to a place or time. Instead, his music has a deeper resonance, rooted in timeless textures and thoughtful songwriting, drawing inspiration from sounds and subcultures worldwide.

Having played piano, guitar, and drums since he was a child, then producing for rappers in high school after getting access to Logic, Hamond has spent years honing his sound, devouring music, and growing as an artist and a person. The result is Pirate Radio, a modern take on vintage styles and objects. It’s a vivid and cohesive project that delivers the nostalgia of stumbling on an old cassette of music from your childhood and the serotonin rush of tuning into a distant radio transmission and discovering your new favorite song.

“Pirate Radio is a hijacked broadcast that flows through stories about unrequited love and the things that don’t end up working out in a relationship,” Hamond explains. “It’s influenced by both alternative and electronic music, similar to the phases that pirate radio has been through from the unauthorized rock and roll broadcasts of the ’60s to the dance music explosion in the UK in the ’90s. But it’s a new interpretation of that DIY spirit, inspired by its origins but born from my experiences in Houston and LA.”

Classic singer-songwriter traditions, R&B balladry, indie rock, beat tapes, UK garage, drum & bass, The Neptunes’ production, LimeWire deep-cuts, and much more are filtered through the lens of a music-obsessive who grew up in Houston, Texas. The result is ultimately very human, with Hamond taking on universal themes that resonate whether you grew up listening to commercial radio or digging in the crates.

“I think I’ve always been inspired by a wide combination of influences and always wanted to combine different genres because of all the phases I went through musically as a kid. my sister had limewire on our shared family computer so my music taste as a little kid was just her music taste. she always had good taste in electronic and alternative music. once I got the ability to produce on logic in high school I started producing for rappers and that opened a whole new world. I’ve also always gravitated to 7th chords used by my favorite artists/producers like The Neptunes, Broadcast, and Stereolab. There are common things throughout a lot of influences I try to pull from to try to make something new. that’s the main goal”