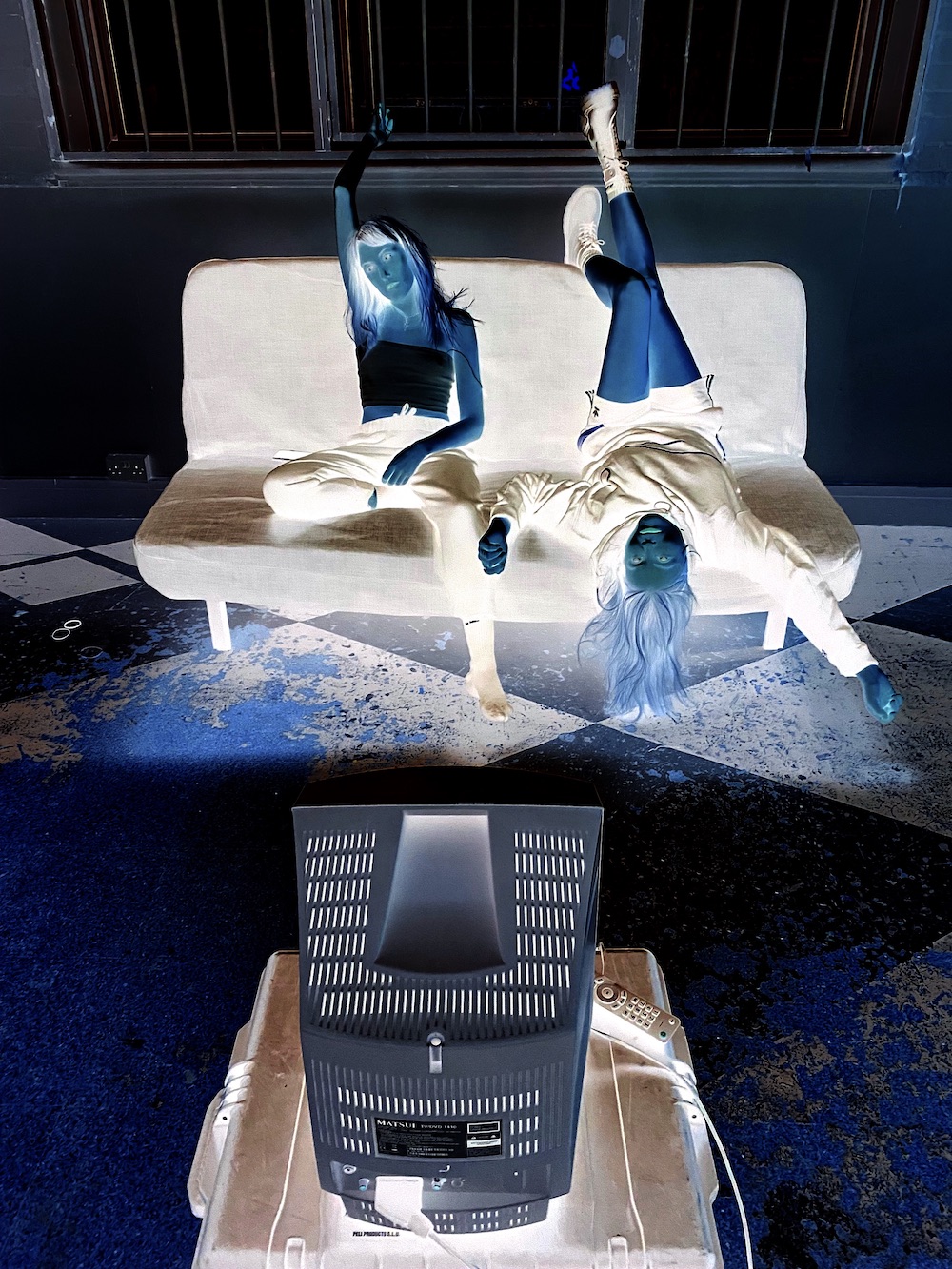 To understand the symbiosis that exists between IDER, you need only learn how the London duo’s debut album, Emotional Education, got its name. “It came from a song that I had written,” says Megan Markwick, referring to the raw electro-pop anthem ‘Saddest Generation’, a beautiful examination of millennial malaise. “But then Lily had put in that lyric – ‘Where’s the emotional education we’re all looking for?’ And it was a penny drop moment. It’s such a perfect example of the way we work, this partnership that is all entangled.” “Emotional Education is what we give each other,” adds Lily Somerville, “and what we’re going to give you with this album.”

It’s a bold statement, but bold is what they’re going for. This is, after all, the culmination of six years of intense creative collaboration between the pair, who live together in north London, and write every single lyric and note themselves. They didn’t grow up together – Lily comes from a town just outside of Birmingham, and Megan was brought up in north London – but they feel like they were destined to meet. “It’s so weird, we’re not together, we’re not related, but we’re like best friends, soulmates,” says Megan. “What is that?!”

They met on a music course at Falmouth University six years ago, and quickly realised how well their voices melded together, their harmonies so intricately intertwined they seemed to become a separate entity. “When we sing together, there’s a new voice that’s created,” says Megan.

That singular voice unites a record that resists, and even transcends, genre. The album’s 11 songs – which include singles ‘Mirror’, ‘You’ve Got Your Whole Life Ahead of You Baby’ and ‘Brown Sugar’ – are consistently intricate and intimate, but draw from a multitude of influences, reflecting the multi-instrumentalists’ diverse tastes. On any given day, they might pull inspiration from Glass Animals, classical music or Lana Del Rey. There are shades of Springsteen-esque Americana on “Saddest Generation”; the anthemic ‘Wu Baby’ was recorded with the elastic beats and drama of Kanye West’s Ye and Beyoncé’s Lemonade ringing in the duo’s ears, and they refer to ‘Swim’, the final song they wrote and recorded, as “our EDM country song… which we probably shouldn’t say out loud”.

IDER were able to sew these disparate threads into a coherent tapestry – but they wouldn’t have been able to do so with anyone but each other. In fact, though they enlisted MyRiot and Rodaidh McDonald (The xx, Sampha) to help with production, they resisted the pressure to employ co-writers. “There’s been many times people have assumed we should do writing sessions,” says Megan, “but we’re co-writers, and we’ve spent six years developing that, so why on earth would we be able to walk into a studio for one day and come out with a song with some random people? These days, it’s so rare to find a full record that’s written by two people, who are the band, who also happen to be female.” “It makes sense in terms of a business model,” adds Lily of the concept of writing sessions, “but you can’t put a business model onto the magic that happens when you’re writing music and it’s coming from a really real, deep place. You can’t force that.”

Emotional Education certainly goes deep. Themes of anxiety, identity, mental health, and the human condition run throughout. Album highlight ‘Busy Being a Rockstar’, a syncopated clapback complete with brass riffs, is directed towards an absent parent: “Everybody tells me that I’m killing it, such a shame you’re missing it.” Later, the frustration comes to the fore: “Daddy where the fuck are you?”. Lily, who wrote the song, says: “however much love there is, your parents are always going to fuck you up in some way… because they can’t help it.”

Both ‘Clinging to the Weekend’ and ‘Saddest Generation’, meanwhile, are directed at loved ones struggling with mental health problems. The former was written by Lily, on a piece of receipt paper, when she was on her way home after visiting a group of childhood friends – one of whom was struggling with her mental health. The latter was penned by Megan. “I had just come out of a relationship with someone who suffers from mental health problems,” she says. “So that song is about being with someone who is depressed.”

‘You’ve Got Your Whole Life Ahead of You Baby’ reflects the anxious uncertainty of being a young woman. “I’m in my 20s so I panic in every way,” they sing, as a minimalist beat chugs beneath the melody. “I’m so scared of the future I keep missing today.” They’ve received countless messages about that song since it came out in July – “People being like, ‘You’re literally writing about what I’m feeling.’”

IDER don’t shy away from tackling these kinds of struggles – but there are buoyant, playful moments on the album, too. ‘Body Love’ is “our ‘thank u, next’”, while ‘Brown Sugar’ is “an empowering song about sex, and women being able to be explicit about sex in the way that men often are.” ‘Slide’, meanwhile captures a feeling of nostalgia. “In the house I grew up in, we had this blue plastic slide,” says Megan, “I can almost smell it whenever I listen to that song. I was such a weird child. I would spend hours away with the fairies. I remember going for a hearing test – my mum was like, ‘I think she’s deaf.’ I wasn’t!” she laughs. “I was just lost in my mind.”

They hope the record resonates with people. “We hope that it connects, and that it can help people to not feel alone,” says Lily. “It’s raw and real and comes from a really personal place.” “It couldn’t have been written by anyone else,” adds Megan. “We couldn’t have written this record, and gone in so deep, and actually called it Emotional Education, if we didn’t have the relationship that we have. Because our friendship and our unique thing, is at the core of everything. It’s the whole point of the music.”