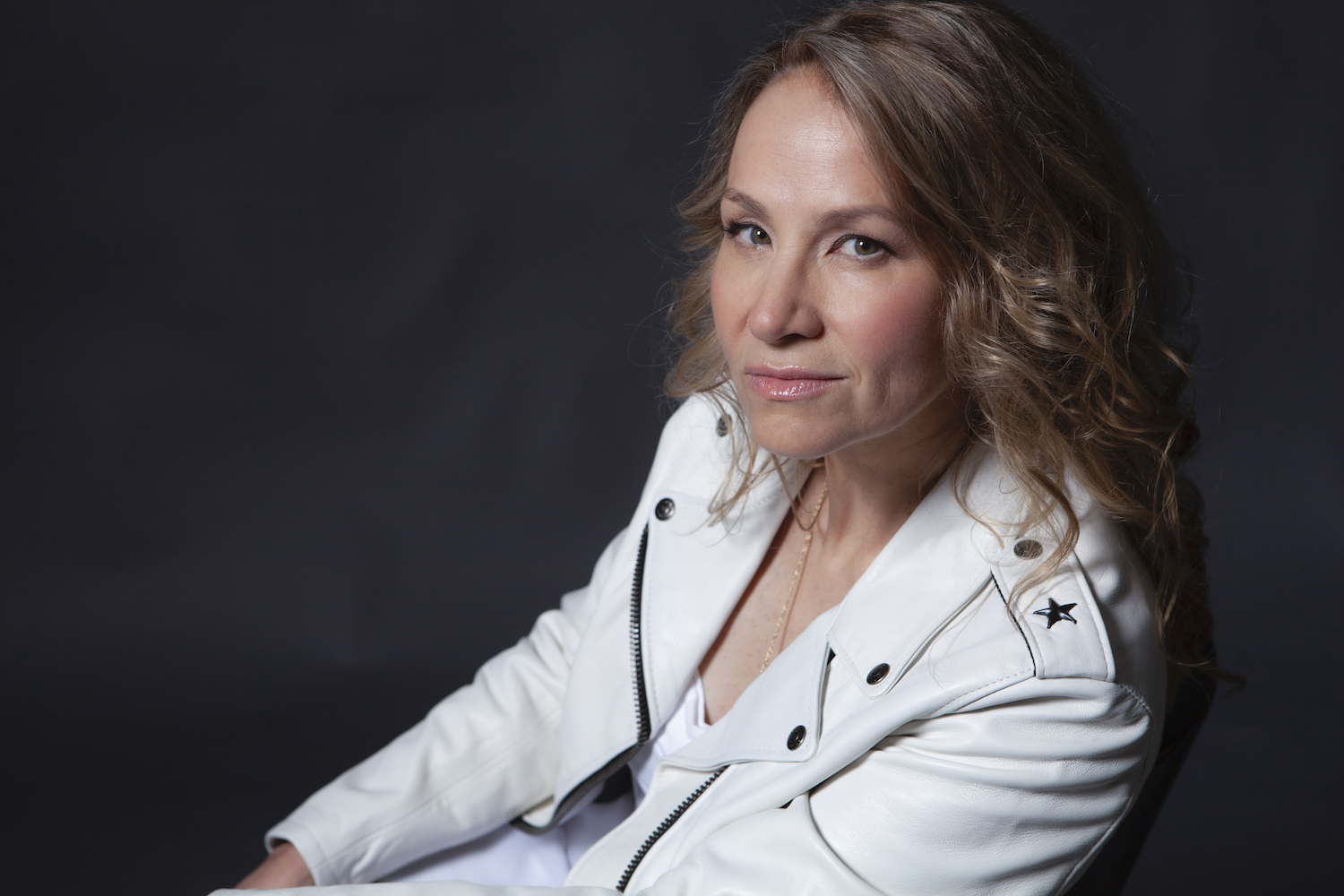 On her tenth studio album, the masterful Trouble and Strife, Joan Osborne has issued a clarion call. With stunning vocals, a diverse range of sonics, and incisive lyrics, this deeply engaging collection of new original songs is her response to “the crazy, chaotic times we’re living in,” she says, and “a recognition of the important role music has to play in this moment. Music has a unique ability to re-energize people and allow us to continue to hang on to that sense of joy of being alive.”

Since she broke through 25 years ago with the multi-platinum Relish and its touchstone mega-smash “One of Us,” the seven-time Grammy nominee has never played it safe. Osborne has followed her restless musical heart, exploring a diverse range of genres: pop rock, soul, R&B, blues, roots rock, gospel, funk, and country – all of which can be heard on Trouble and Strife, along with the Western side of C&W and a touch of glam and disco. “For a lot of the record, we were going for a ‘70s AM radio vibe,” says Osborne. Asforthelyrics,thesongs“arethemostpoliticalI’veeverwritten,”sheconveys of her first album of originals since 2014’s confessional Love and Hate. Osborne also produced Trouble and Strife, primarily recorded in her basement studio in Brooklyn and released on the label she founded in 1991, Womanly Hips.

Tackling serious subject matter in her writing while crafting music to “uplift,” Osborne assembled “a great live band” (including several musicians who played on her acclaimed last album, Songs of Bob Dylan): guitarists Jack Petruzzelli, Nels Cline, and Andrew Carillo, keyboardist Keith Cotton, bassist Richard Hammond and drummer Aaron Comess. For vocal harmonies, she enlisted exquisite vocalists Catherine Russell, Ada Dyer, Martha Redbone and Audrey Martells, whom she’s “had the great privilege to work with over many years.” The result is a Trojan horse of a record – music that is energizing, melodic, and hummable, with lyrics that call out the corrupt, the despicable and the destructive.

Roots-rockin’ opener “Take It Any Way I Can Get It” inspires with the mandate “I’m still survivin’/I got to be dancin’”, propelled by a joyous gospel-tinged vocal attack backed by Wurlitzer and Southern-style intertwined guitars that dare you to sit still. She co-wrote the funky “Never Get Tired (of Loving You)” with Richard Hammond and her partner Keith Cotton, propelled by Cotton’s Prophet 6 synth, for her teenaged daughter: a message of stability in an uncertain world. “That song has a serious subtext,” says Osborne, but its “cool, retro flavor hopefully makes it a joyful thing.” The gorgeous ballad “Whole Wide World” finds Osborne hitting impossibly high notes, its sound inspired by the Chi-Lites; its message “is about hanging on to hope and envisioning something better for the future.” Another early ‘70’s sound infuses the super-catchy “Boy Dontcha Know”: Osborne’s purring vocals are surrounded by a Spiders from Mars-era piano and Big Star-esque Mando-guitar; its singalong lyrics look at gender nonconformity and the obstacles one faces when born female.

Abuse of power is the subject of two of the angriest songs on Trouble and Strife, with their infectious sound imbuing the songs a la a wolf in sheep’s clothing: the bluesy stomp “Hands Off,” punctuated by distinctive guitar riffs, denounces corrupt exploiters of people and the planet. “That Was A Lie,” with scornful lyrics buffeted by buoyant pop rock, castigates “those camera-ready mouthpieces for corrupt officials,” according to Osborne.

Texan Ana Maria Rea, whose family emigrated to America when she was a child, contributed spoken passages in her native tongue to the rhythmic “What’s That You Say.” “She tells the story of her family coming from Mexico City, where her father had been kidnapped, to the U.S. and how difficult that was,” says Osborne. “Her message is ‘I’m not afraid,’ and her mission is to help other people who are in the same position she was in. Ana Maria is a shining light of a person.”

Escape from a place where “there’s nothin’ left alive” drives Osborne to “Panama,” a showcase of her vocal range expressing gut-punch lyrics reminiscent of Dylan at his most vitriolic. But it is the Western-flavored title track that Osborne points to as the song most inspired by her “Dylanology” concerts that began in 2016 and led to her 2018 covers album, “If you spend that intensive time living with his songs, I think it just rubs off on you,” Osborne admits. “’Trouble and Strife’ betrays the Dylan influence the most because of the odd characters coming in and out of these absurd situations (much like the ones we find ourselves in today).”

Osborne’s years of experience as a seasoned road warrior are reflected throughout Trouble and Strife, the album. Her tenure with what she calls a “meat and potatoes rock ‘n roll band”, Trigger Hippy, shows up in “Meat and Potatoes,” a farewell collaboration with her former bandmates, cut in a Nashville studio: Written with Trigger Hippy bassist Nick Govrik, it features that group’s Southern-boogie groove. It’s a feel-good song extolling the virtue of downhome cookin’ – and lovin’. “

It’s been quite the journey since the woman AllMusic.com declared “the most gifted vocalist of her generation” moved from small-town Kentucky to attend NYU film school in the 1980s. Osborne’s astounding voice drew attention when she joined the fun at open mic nights in downtown clubs, which eventually led to 1995’s Relish, “that rare breed of album where critical consensus, popular approval and enduring appeal unite,” according to American Songwriter. Since then, she’s performed with Motown’s revered rhythm section the Funk Brothers and toured with the Dead (where she first met and sang with Dylan). She’s harmonized with Stevie Wonder at the Rock and Roll Hall of Fame, duetted with Luciano Pavarotti, and co-headlined a tour with the legendary Mavis Staples. She has amassed a loyal fan base as she’s continuously traveled the country. Through it all, she sees more clearly now than ever the essential role our troubadours play.

“I feel like music has this important job to do right now,” Osborne says. “Part of that job is to help imagine a better future – and to hang on to hope. I want to play for people and get them up on their feet and dancing. To let music do that thing it does – bring joy and energy because we really need that right now.” With Trouble and Strife, she intends to do just that.