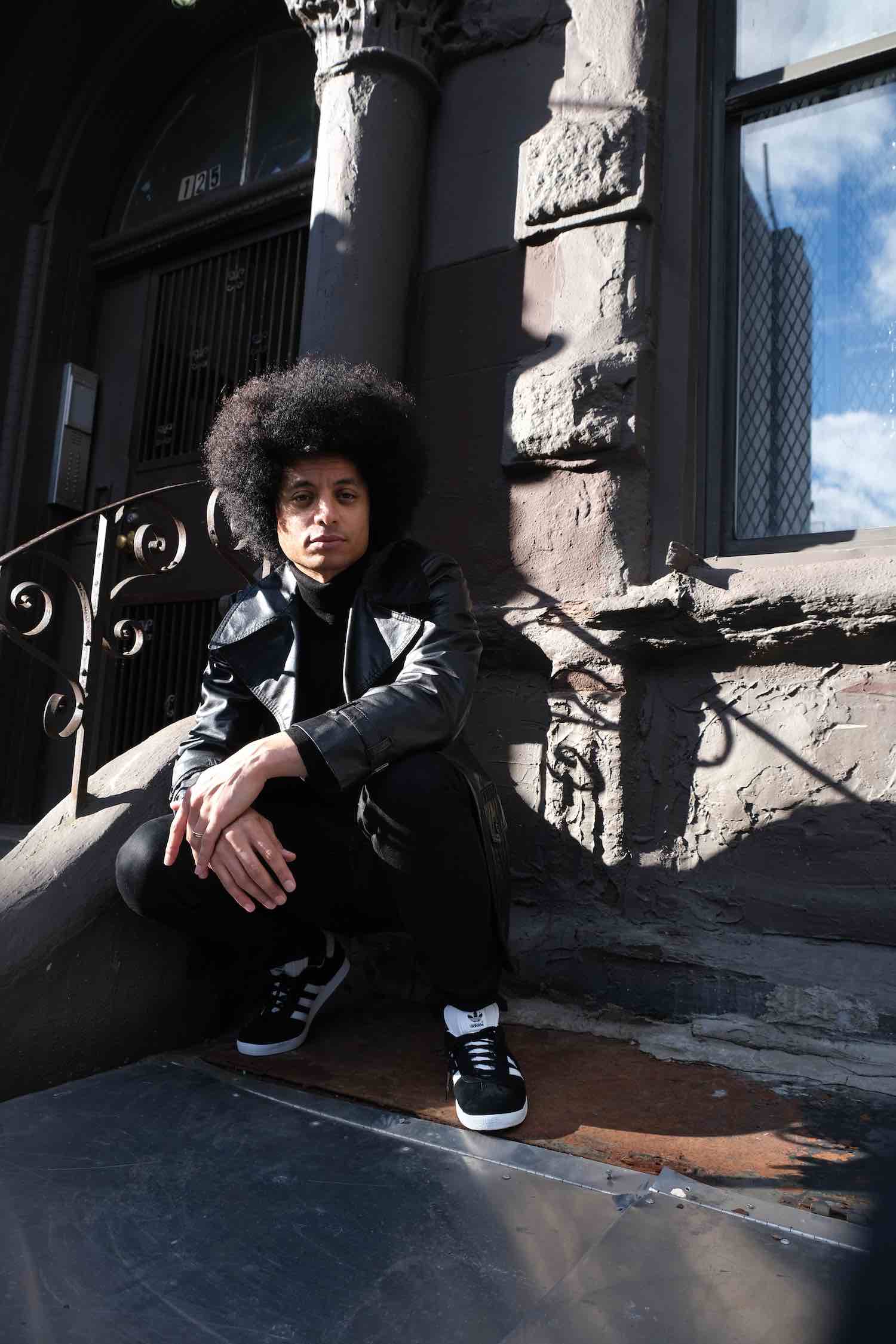 You’d be forgiven for previously assuming that José James was a man with something to prove. There was that decade he spent reshaping jazz with the genre-blurring verve of a crate-digging beat guru. And that time he declared his jazz career was over, ditched the bands, and became a solo R&B star. And then there were the last couple years he spent living in Bill Withers’ shoes — recording and touring that legendary songbook for the Lean On Me project, a feat as brazen as they come. Now, well, it’s not that James is out of mountains to climb, but sometimes you gotta stop to consider the one you’ve already got under your feet. Thus, the satin-voiced songwriter’s latest is No Beginning No End 2, a sequel to his 2013 album that resurrects the bold eclecticism we first fell in love with, while taking us on a journey through both celebration and introspection.

“I have to give Bill credit,” says James. “Touring as a four-piece, I got to feel how transformative it is to dig into music with a real band. I think he led me back to that high-level singer-songwriter material — stuff that’s hooky and funky and with jazz running through it — that’s joyful without being corny. That was the hallmark of No Beginning No End, mixed with that New York hip-hop element. After the tour, I wrote a thing on Instagram saying I was thinking about No Beginning No End 2 and people went insane. They wrote thousands of comments about how the first one changed their life. I don’t sit around and think ‘my work is so important’ so that was kinda nice.”

Of course, things are a little different this time around. For one, while the prequel was James’ Blue Note debut, this is his first set of new music for his own label/collective Rainbow Blonde Records. Secondly, the album is chock-full of collaborators who are auteurs in their own right — Laura Mvula, Aloe Blacc, Ledisi, Erik Truffaz, and Hindi Zahra, to name a few  — appearing in unexpected sonic contexts. Thirdly, with the backing of a wildly good band held down by rhythm sections in Los Angeles and Brooklyn (befitting Rainbow Blonde’s bicoastal status) the songs are warmer and more defined than ever, balancing classic songwriting against immersive vibe.

For James, all of these pieces are related, and speak to a constellation of small but vibrant artist communities in constant communication. “I hope people see this as an update not of my career, but the entire scene,” he says. “If somebody told me two years ago I’d be running my own label with my friends, having my own sessions, and singing hard bop anthems while sipping red wine with Laura Mvula in London, I’d be like, ‘Nah, that’s crazy.’ But we’re trying to connect the dots on a global level and that’s sort of the whole concept: no beginning, no end, no boundaries.”

No Beginning No End 2 easily makes the case within three songs. Opener “I Need Your Love” basks in the kind of romantic groove the Roots or Fugees used to whip up, but with James and Ledisi duetting while a very overqualified Christian Scott aTunde Adjuah — one of the greatest trumpeters of his time — happily flows over the living beat. The next cut sounds something like Mutations-era Beck interpolating “Hey Ya!”, and it’s exuberantly counted in by honest-to-god J-pop star Rihwa. And song three, “Feels So Good,” is straight-up disco bliss, with James exuding Bobby Caldwell cool as he trades lines with divine newcomer Cecily. As if that weren’t enough, he and Blacc flirt with Minneapolitan funk on the swaggering “Turn Me Up,” just moments before James flips Billy Joel’s gorgeously soft-rocking (and subtly jazz-kissed) “Just the Way You Are.”

Again, James sees a connection others might miss: “It all ties into this idea of the ’70s being this remarkable creative and eclectic moment,” he says, when individualism came to be expected of all sorts of artists. But it’s not just throwback — James points out that the culture is experiencing something like that right now. “I read an interview with Billie Eilish where she was talking about, ‘I can’t believe people used to think genres existed,'” he laughs. “It’s like, oh man, that’s just so nice. It was such a struggle for my generation, and others before, to kick these doors down of this genre and that, and it’s so beautiful to know there are kids who can’t even think that way.”

Naturally, NBNE2‘s players (whose bona fides are a bit too extensive to list here) are of a similar philosophical mindset, including: Brett Williams, Kris Bowers, and Takeshi Ohbayashi on keys; Marcus Machado, Alan Hampton, and LP coproducer Brian Bender on guitar; Ben Williams on bass; and Justin Brown and Jamire Williams on drums. James also enlisted Alberto Lopez (of Quetzal) for the sort of Afro-Latin percussion common to so much black music of that era, from Marvin Gaye to Gloria Gaynor — which befits James’ own Angolan-Panamanian roots.

Because as much as the first half of the album displays James as the consummate entertainer — bright and extroverted — the second half finds the lyrical lens subtly pushing in on the man behind the band. The transition point is the aforementioned “Nobody Knows My Name,” where he and Mvula examine the slippery nature of identity in the face of fame, race, time, and place. Then, with Lizz Wright on the gospel-lifted “Take Me Home,” James can be heard yearning for something soulful and familiar. A song later, he finds it with his partner (in business, songwriting, and life) Rainbow Blonde cofounder/artist Taali — their spare ballad, “I Found a Love,” hits that balance of deeply intimate and universally felt, like something Stevie Wonder might’ve penned.

“With Taali, I feel really seen for the first time and that’s powerful,” says James. “I think that’s what we’re all striving for on an individual and a cultural level. To have her in my corner, on my label, and on my writing team is amazing, and I’m really glad everybody can have a window into how holistic my world has become. I’ve found a deep gratitude for the fact that I’m a dude who came from South Minneapolis who didn’t have a passport or know anyone who did, and now I’m on my seventh and have this family of incredibly talented friends from all over the world.” At the same time, he adds, touring Lean On Me — and hearing Bill’s fans’ stories — made James ask himself some tough questions: “Why am I making music? To satisfy my ego or to uplift people? And what comes next? Is there something in the universe that’s guiding these travels?”

That particular trip — the search for Self evolving outward again into the search for Other — plays out in two of No Beginning No End 2‘s most striking songs as the album winds down. First comes our host’s true singer-songwriter moment, “Saint James,” splitting the difference between folk and soul as James coos softly from the other side of heartache and an empty bottle or two. Then comes relief with album-closer “Oracle (高尾山),” creeping in on Truffaz’ cool blue trumpet, entwining itself around Zahra’s beautifully elastic voice, and climbing as the band slowly surges toward what feels like impending revelation. But instead of some massive musical crescendo or clear-cut response to James’ cosmic queries, we get a different kind of answer that speaks once again to the NBNE theme: the sound of a stream flowing from one unknown place to another.