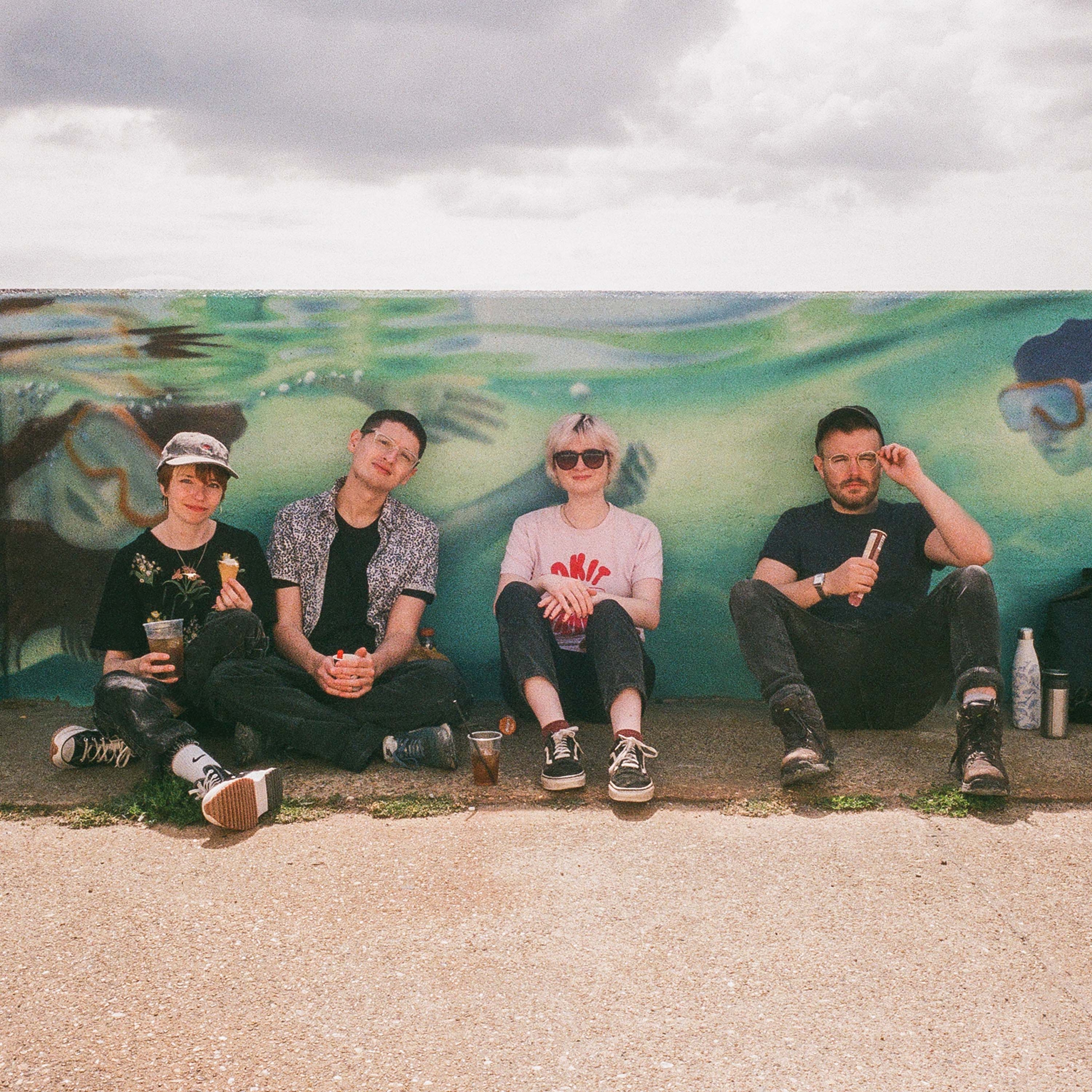 Riding high off the release of their debut album ‘Megabear’: a record built from 52 short tracks intended to be played in shuffle mode in order for the listener to create their own perfect combination of songs — ME REX are returning to the traditional sense of song structures with new EP ‘Pterodactyl’. A collection of songs that showcase what the collective do best, primarily constructing delicate threads of vocal layering with clever tongue in cheek lyricism that roll off Myles’ tongue with a poetical prowess, ME REX hone in on different uses of dynamism with their new effort, building luscious swathes of guitars and keys to build a bridge between their raw DIY past and a bright, creative future.

“‘Pterodactyl’, while sticking to traditional song structures, very much picks up where the last EPs left off. It includes the first songs that I knew I wouldn’t be able to play live by myself. While I have done solo versions of ‘Skin, it Itches’ and ‘Never Graduate’, I wanted to embrace parts of the full band set up that wouldn’t have been possible in a solo show.” Says McCabe

Where ‘Megabear’ explored different musical concepts in short cells, each lasting for 32 seconds in 4/4 time and Bb key with every last detail cleverly thought out to bring the magic concept of a shuffle album to life; on Pterodactyl the band change pace and tact throughout. Lead single ‘Never Graduate’ feels like a welcome return to where ‘Heart of Garbage’ left off, while ‘Skin It Itches’ introduces synths and a drum machine that burst to life with in a rip-roaring chorus -— complete with refrains that are guaranteed to be stuck in your head for days.
“Pterodactyl is more complex technically and musically than any of the previous records, from the 10/8 time signature on Never Graduate, to the tapping guitar on Skin, it itches, to the musical theatre inspired dynamics of Giant Giant. The songs explore the need for change, through personal growth, decay, or the apocalypse,” explains McCabe.

Described as “nothing short of an artistic triumph” by Brooklyn Vegan— as well as seeing praise from Pitchfork, DIY, Rocksound, Line Of Best Fit, BBC 6Music, Radio X, Amazing Radio, Audiotree, The I Paper and Baby’s Alright— ME REX are showing no signs of slowing down. In 2020 the band spent the latter half of the year bashing down the doors to the indie world with double EP ‘Triceratops/Stegosaurus’ where they found their audience ready and waiting to welcome them with open arms, with Sterogum declaring: “[ME REX] and his bandmates have triangulated a sweet spot between dour grey-skies UK indie rock and no-holds-barred emo catharsis, so that each track becomes a little indie coming-of-age film unto itself.”

Armed with a slew of new material to round out the year, ME REX are on course to hit up some of the biggest stages of their careers. Having already played Latitude Festival and End Of The Road Festivals in summer 2021, they’re heading out on the road around the UK this November. In the space of 12 months the four-piece have gone from the beginning of their journey to names on everyone’s lips. Striving to break the constraints most commonly found among their peers, ME REX are one of the most forward thinking groups of people coming together to create something that resonates on several layers: sparking ideas of joy, hope and reflection with a catalogue of songs that at times are achingly poignant yet beautiful all at once.