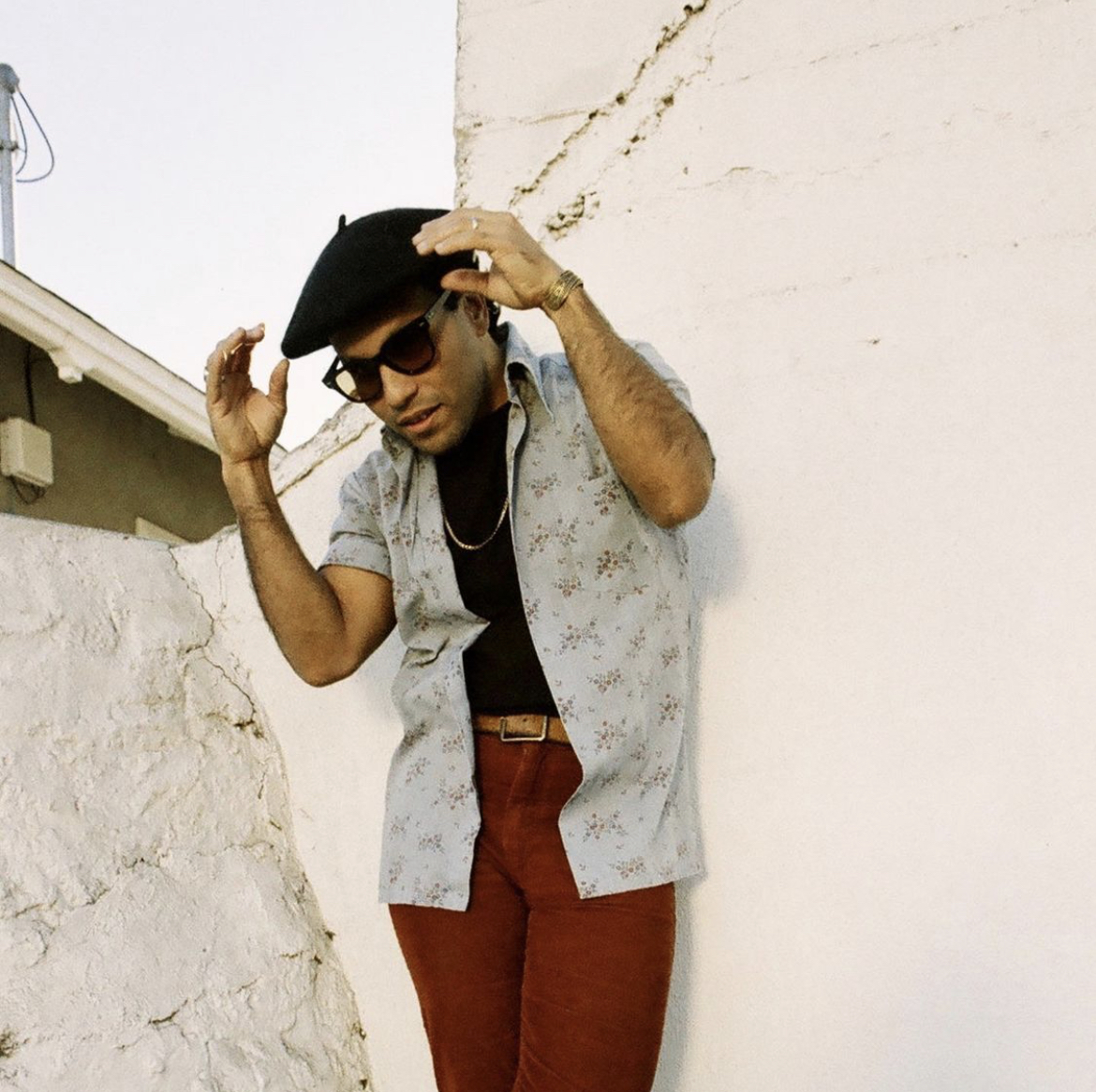 It’s 2021, time for the Return of Pachyman, Puerto Rico’s emerging master of rub-a-dub style. The Caribbean island’s paradisiacal lure as a mecca of Afro-Caribbean music is usually expressed through upbeat genres like salsa and reggaetón. But that doesn’t mean it isn’t a place for skanking guitars and echoing fat beats, conjuring up massive walls of sound.

As a young, university-trained musician looking to find his way in this tropical space, Pachy García (a/k/a Pachyman) became obsessed with old Jamaican dub records like the ones from King Tubby and Scientist and is determined to re-create the vibe in his own way. “The recordings of the early roots stuff really got to me, the raw-ness of the sound and how the distortion and the drive that come out of these recordings come out sounding like the root of the sound,” said García. “They were kind of like the old Delta blues recordings, like super-raw, people and their instruments rehearse this song and it sounds so perfect.”

Garcia, perhaps best known as the drummer/vocalist for the L.A.-based band Prettiest Eyes, a unique pop-noise project that reflects his other formative interest, synth punk. He thinks of his new recording, called The Return of Pachyman, the way King Tubby would, an “x-ray” of reggae music, breaking it down to its bare bones. Originally a guitarist, he moved to Los Angeles in the early 2010s and developed his passion for dub. From there, he started recording bass, drums, and piano and collecting recording equipment in his basement studio, which he calls 333 House.

As a teenager, García was drawn to guitar as a fan of bands like Nirvana, hardcore Dischord label bands, and Puerto Rican hardcore pioneers Tropiezo and Juventud Crasa. Yet he was also busily imbibing electronic dance music, drum and bass, and, at Universidad Interamericana, jazz, fusion, and Wes Montgomery. “At the same time, I was discovering the Wailers, The Easy All Stars from New York—when they did that Dub Side of the Moon Thing [dub versions of Pink Floyd classics] it was a big thing for me,” said García.

In the early 2000s, Cultura Profética was the dominant force in Puerto Rican reggae, and García was drawn like a moth to the flame. “When their third record came, it was a live one, and it was all over the radio,” said García. He credits Cultura’s song “Tempestad Tranquila,” with its unconventional Moog riff high in the mix, as the one that got him into reggae. From there it was off to a weekly scene called El Patio, in the mountain town of Aguas Buenas, where he cut his teeth listening to and playing with a number of pick up bands.

After moving to LA, García found a niche group called Dub Club and started crate-diving classic records, old microphones and reel to reel tape machines in his quest to achieve an old school reggae sound. “I started recording myself and trying to emulate those old school recordings, filming my recording process and that’s where all the videos stemmed out of,” said García. Both In Dub, released in 2019, and The Return of Pachyman are entirely self-produced albums featuring García on vocals, guitar, drum, bass, and keyboards, with a couple of guest appearances by old friends like Benson Pagán, who currently plays with reggaetón crooner Ozuna’s live band.

The Return of Pachyman is a supernatural force from a brave new world that’s a little bit San Juan, a little L.A., and a whole lot of Channel One in Kingston, Jamaica. Designed to be a resurrection of sound systems from the past through which we can celebrate a post-Trump future, the record shows that blasting off into reggae’s deep space has never gone out of style. It’s a high-flying journey into a different kind of dub vibe, as García tells it, by composing songs “in major keys, which is not as common with reggae nowadays.”

You can hear this right away on the first track, “Big Energy,” which García describes as coming from “Roots Radics, the band that inspired me to start the Pachyman project. The sound I was going for was the way they made those reverbs flow like in space.” All the hallmarks are here—the skittering guitar skanks melting into echoing astral messages, the bass pumping a subversive melody, a distant keyboard flourish. Ground control has never seemed so far away.

Like breaking news streamed from a rogue satellite, “Destroy the Empire” is a mad echo-chamber of primitive video-game revenge on a certain ex-president. “It came from King Tubby, Prince Jammy Destroys the Space Invaders or Scientist Meets the Space Invaders and destroys them,” said García. Pachyman’s planet is a world between worlds, where exiled multi-instrument basement studio composers stand and deliver.

“I’m a Puerto Rican living in an empire that has done horrible things to its citizens,” said García, who spent a big chunk of the Trump era working on this album. “Being on an island that revolves around music that’s danceable and for people to feel good stems from the fact that slaves were brought here 400 years ago from Africa and they introduced percussion and dances; it’s a cultural thing. But I also wanted Pachyman to be overtly political. I’m in LA as an immigrant, even though I’m a citizen, which is a weird situation.”

With “El Benson,” featuring Benson Pagán, and “Sunset Sound,” García is trying to capture melodic strands of lover’s rock, with its roots in jazz, r&b, and post-disco, in a way that points to future Pachyman projects. “I’ve always had a huge interest in capturing the whole lover’s rock vibe because the chord structure is completely different from early roots reggae,” said García. Speckled with jazzy chords and brightly layered synth and organ riffs, “El Benson” is the ultimate early-summer anthem, a tone-poem for when the sun finally breaks through the clouds.

“Sunset Sound” features more of the same airy take on speculative emotion, following a straight line from electric organ to Moog-ish mashup, harking back to the Vapor Wave fad of the early 2010s. “I bought a synthesizer and I started doing a bunch of chords, trying to do songs that were really lo-fi and had chord structures that again come from 80s easy listening jazz,” said García. “They had really dope chord structures despite the fact that they’re so easy listening! There’s not enough of the sexy/jazzy shit that happened in the 70s and I was like I want to try to tap into that and create my own.”

With The Return of Pachyman, García wants to show how the Caribbean flow is transnational, a vibe that resounds from Jamaica to San Juan to Southern California. “With this project, I was looking to make positive music and radiate good energy; something to kinda disconnect from the negative things that were happening at the moment,” Garcia explains. “I am trying to make this project a service for humanity in the sense that I just wanted to shine a positive light.”