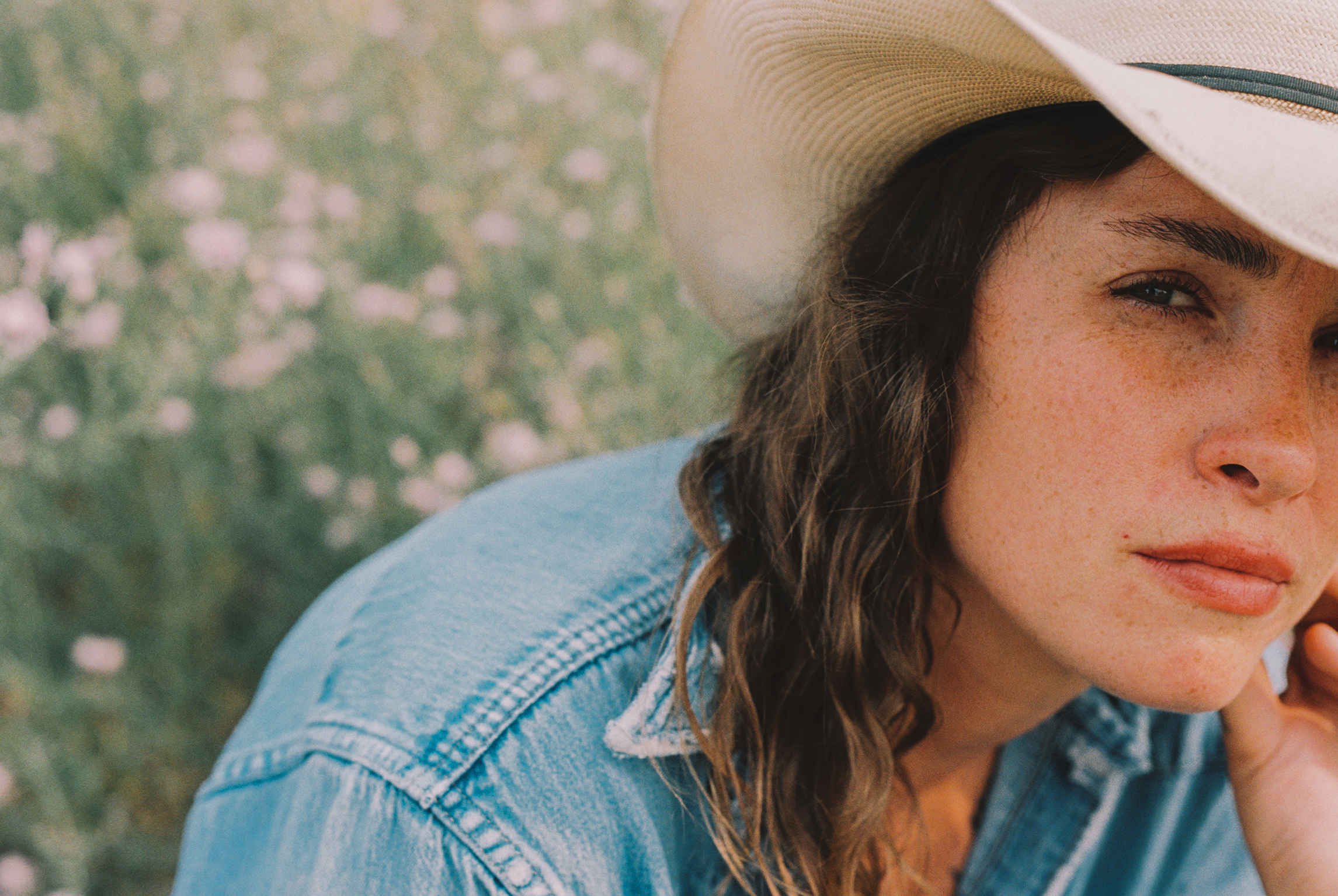 Riddy Arman opens her debut album from La Honda Records with a song called “Spirits, Angels, Or Lies” inspired by the true story of her father’s passing. In the lyrics, she examines the human tendency to interpret the unknown. The story she weaves details the final moments and visual hallucinations experienced when Johnny Cash visited her father on his deathbed. Long-time fans of Arman will recognize the song from her viral performance video, shot by Western AF in a Montana rail link boxcar, where the world was introduced to her distinct, sultry lope. Against the bucolic and industrial backdrop of the video, Arman is clearly in her element, clad with ranch worn clothing. It is obvious she lives a lifestyle many romanticize, but few truly understand.

However, Arman is more than just a cowboy, singing her lonely songs. The chapters of her life so far make for a story much richer than a common western archetype. Unafraid to take new paths, Arman has traveled across the country — from the farmlands of the Midwest to the bustling streets of New York City —writing songs, working as a ranch hand, and practicing an Agrarian lifestyle. It was during her childhood, full of folk and country music, in rural Ohio that she was first drawn to the guitar. Her deep dive into songwriting didn’t happen until her early 20s when she moved to central Virginia to resume her interest in horsemanship and agriculture on a friend’s small farm.

Not too long after the unexpected success of her Western AF session, Arman began an intensive six-day recording session at Mississippi Studios in Portland, Oregon. Hopeful, and longing to capture the essence of deeply personal stories from her life, she teamed up with producer Bronson Tew (Dom Flemons, Seratones, Jimbo Mathus) of Dialback Sound and tracked nine songs.

Moving forward from some of life’s most painful moments is in many ways the thread that ties each song together. Songwriting became part of Arman’s dialog with life, translating the experiences in not only lyrics, but also performance. Arman herself has chosen to take a different path, embracing isolation and interpreting her life through the rural landscape that adorns her lyrics. With fierce honesty and a voice that immediately commands attention, on her debut record, Riddy Arman has proven herself as much more than a cowboy.