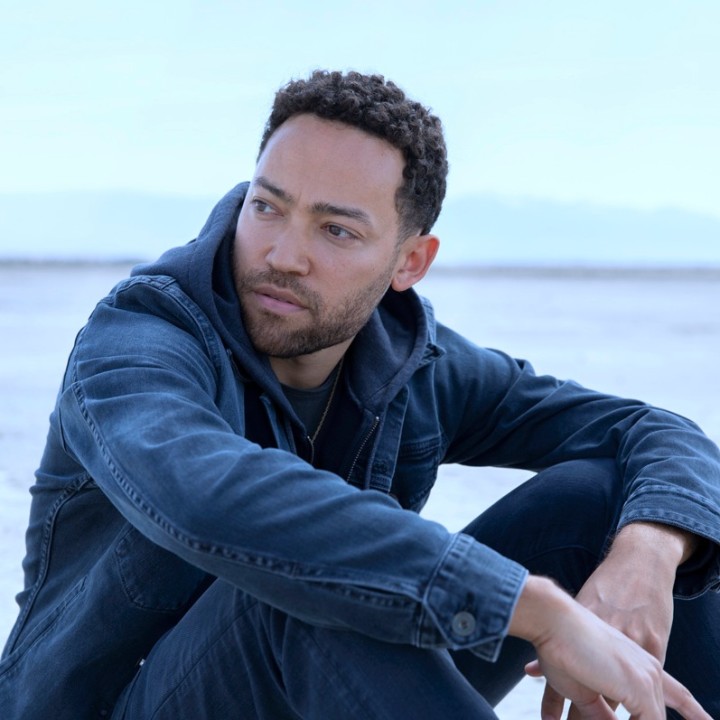 With Love’s Last Chance, his brilliant new studio album and first solo release in five years, Taylor McFerrin has emerged as the “complete artist” he’s always dreamed of becoming, writing and singing his own lyrics and vocals on top of his dazzling instrumental and production work for the very first time. Recorded in his recently adopted hometown of Los Angeles, the collection finds McFerrin working with more freedom and spontaneity than ever before, tapping into the moment with captivating performances that blur the lines between old-school R&B, classic funk, experimental electronic music, and progressive jazz. Vintage synthesizers and keyboards dominate the sonic landscape, propelled at every turn by hypnotic percussion grooves and breezy melodies, and an adventurous sense of improvisation infuses the songwriting with an air of infinite possibility. It’s McFerrin’s voice that steals the show here, though, warm and tender with a gentle confidence. His vocals convey both deep intimacy and unsparing self-reflection, and their very presence on the album signals the start of a brand new chapter in an already-impressive career.

“Something deeper happens when you sing, something that lets listeners feel like they’re truly getting to know you,” McFerrin explains. “Singing brings me closer than ever to being able to share everything that’s going on inside of me.”

When McFerrin released Early Riser, his 2014 debut for Flying Lotus’ Brainfeeder label, he largely focused on instrumentals, relegating the occasional vocal part to special guests (including his father, the ten-time GRAMMY Award-winner Bobby McFerrin). The collection — which also featured appearances by Hiatus Kaiyote frontwoman Nai Palm, bass/production wizard Thundercat, and R&B titan Robert Glasper among others — earned praise on both sides of the pond, with Pitchfork hailing it as “an album built for slow weekend mornings spent in bed with a loved one” and The Line Of Best Fit calling it “superb.” Tracks from the album racked up nearly 20 million streams on Spotify alone, and McFerrin landed festival dates everywhere from Glastonbury to Central Park Summerstage.

In addition to discovering the power of his voice on the new album, McFerrin also discovered a new approach to recording thanks to his work with the jazz fusion supergroup R+R=Now, which found him teaming up with Glasper, trumpeter Christian Scott aTunde Adjuah, bassist Derrick Hodge, drummer Justin Tyson, and synth/vocoder player Terrace Martin, who’s produced Kendrick Lamar and Talib Kweli among others. Cut in just five days, the album offered up a masterclass in letting go and surrendering to the moment, in valuing emotional authenticity over technical perfectionism. It was an experience that reminded McFerrin of his father — best known for the timeless mega-hit “Don’t Worry, Be Happy” — who was a born improviser that gleefully shared his passion with his children at home and on the road.

“Our father was always just making music and singing, always down to jump onstage with anybody,” says McFerrin, whose sister Madison is also a critically acclaimed artist in her own right. “He was fearless and excited about the unknown and watching him perform taught us that the purest way to express yourself was to just be totally open and genuine and free.”

Love’s Last Chance is precisely that, a heartrending snapshot of love, faith, anxiety, and endurance, all delivered with honesty, empathy, and, virtuosity.

“I called this album Love’s Last Chance because in life, you don’t get a million opportunities to get love right,” McFerrin concludes. “Sometimes, with both your art and your relationships, you realize that it’s now or never. For my first time writing and singing my own lyrics, I didn’t want to be messing around with make believe and fantasy. This record is real life.”