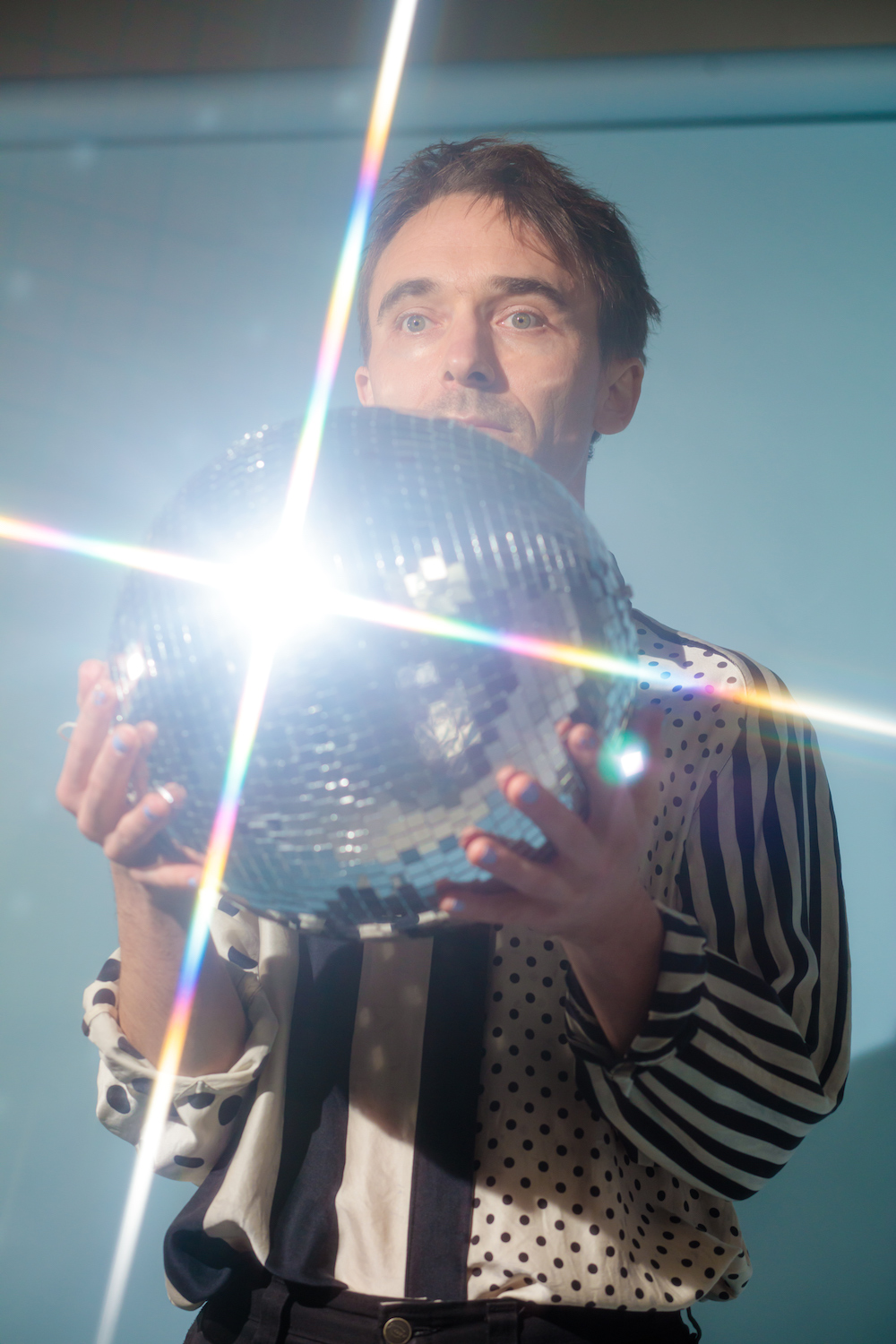 When Alex Toth wrote his debut solo album, Practice Magic & Seek Professional Help When Necessary, he was recovering from a broken foot and a broken heart. Toth was stuck in his apartment and struggling to process the end of a nearly 12-year-long romantic partnership with his Rubblebucket bandmate Kalmia Traver, so he did what he normally does to process his thoughts: write music. Taking the advice of Practice Magic to heart, he enrolled in his fourth silent meditation retreat in three years and began to accept the open-endedness of love. Toth wound up writing over 100 songs in that period, chronicling a path to healing from grief and addiction and learning what it means to share yourself with someone.

That exercise opened the floodgates. Toth fell in love anew, wrote the mantra song “You And Me And Everything,” and went for a bike ride while it played on repeat in his head. The next thing he knew, his chronic anxiety melted into bittersweet melancholy and he was crying at the sight of a flock of birds flying out of a tree. If indulging the human instinct to pair bond seemed risky, then at least it came with the perspective to see life as an expansive wealth of experiences, big and small.

On You And Me And Everything, his second solo album as Tōth, he dives headfirst into what it means to accept things beyond your control, especially when feeling stuck in a place of heartache and sorrow. Across these 12 songs, Tōth turns to Buddhism as refuge. The sense of calm it brings him sounds like an infinite indie rock landscape, stretching from bossa nova guitar riffs to cushioned horn swells and earnest piano runs, each one bleeding into the other naturally while maintaining an overarching sense of clarity. Mixed by Grammy-winning producer Noah Georgeson (Joanna Newsom, Devendra Banhart, Cate Le Bon), You And Me And Everything recalls the fluid technical prowess of Chet Baker or Alice Coltrane, all open-ended verses with woozy improvisation and palpable heart.

Tōth divides his talent across guitar, piano, synths, trumpet, and drum machine, but arguably his biggest musical strength is his voice. With a gentle delivery, subtle rasp, and surprisingly vast range, his distinct singing style recalls that of Arthur Russell. It allows Tōth to traverse through vulnerabilities with a mix of honesty and curiosity. When he depicts the knotted tangle of falling in love, experiencing suicidal ideation, coming face-to-face with cancer, and healing through grief at the core of these songs, he does so with a ray of sunshine tucked in his pocket. Even the saddest tracks offer a reason to carry on. Perhaps it’s because of Tōth’s conversational lyrics (“Thank you for making everything totally meaningless, beautiful narcissus/ I too am just a daffodil /Slave to the breezes blow me to pieces till I am nothing,” he sings on “Daffadowndilly”) which create an atmosphere of camaraderie between him and the listener.

Inspired by the creative energy of friends and collaborators like Kimbra and Adrienne Lenker, Tōth gets to showcase his strengths as a singer-songwriter in new ways on You And Me And Everything. On “Turnaround (Cocaine Song),” a recounting of one of the lowest points of his life, he fashions detailed snapshots of funerals and alcoholism into motivation for self-improvement. Later, the enormous “I Might Be” hits like an uptempo Bon Iver remix, complete with stacked vocal coos and a buoyant bass line that begs you to dance. Then there’s “Butterflies,” a bite-sized ode to chronic anxiety as the ying to joyful vibration’s yang, a sentiment he mirrors with crashing symbols and an exaggerated vocal slide. Throughout it all, Tōth never loses sight of his sense of humor. On “Guitars Are Better Than Synthesizers For Writing Through Hard Times,” he uses it to balance out an otherwise bleak moment. “My ex just broke up with the person they broke up with me for/ Three years later and at the same time as I’m falling in love,” he sings. “The breakup album I made about her isn’t even out yet.”

You And Me And Everything was created during a period of deep transformation and self-discovery for Tōth. He finally understood on a deeper level that in order to share yourself with someone else—with some modicum of happiness—you have to learn how to love yourself. The album sees him embrace relationships as an experiential journey in real time, even if they have the potential to result in dissolution or depression. To paraphrase “I Might Be,” if love is impossible to define, then you might as well dance together until the music stops. Tōth not only figured that out, but he brought that truth to life through song, too — and with You And Me And Everything, he’s inviting you to join him on that unpredictable, fulfilling ride.