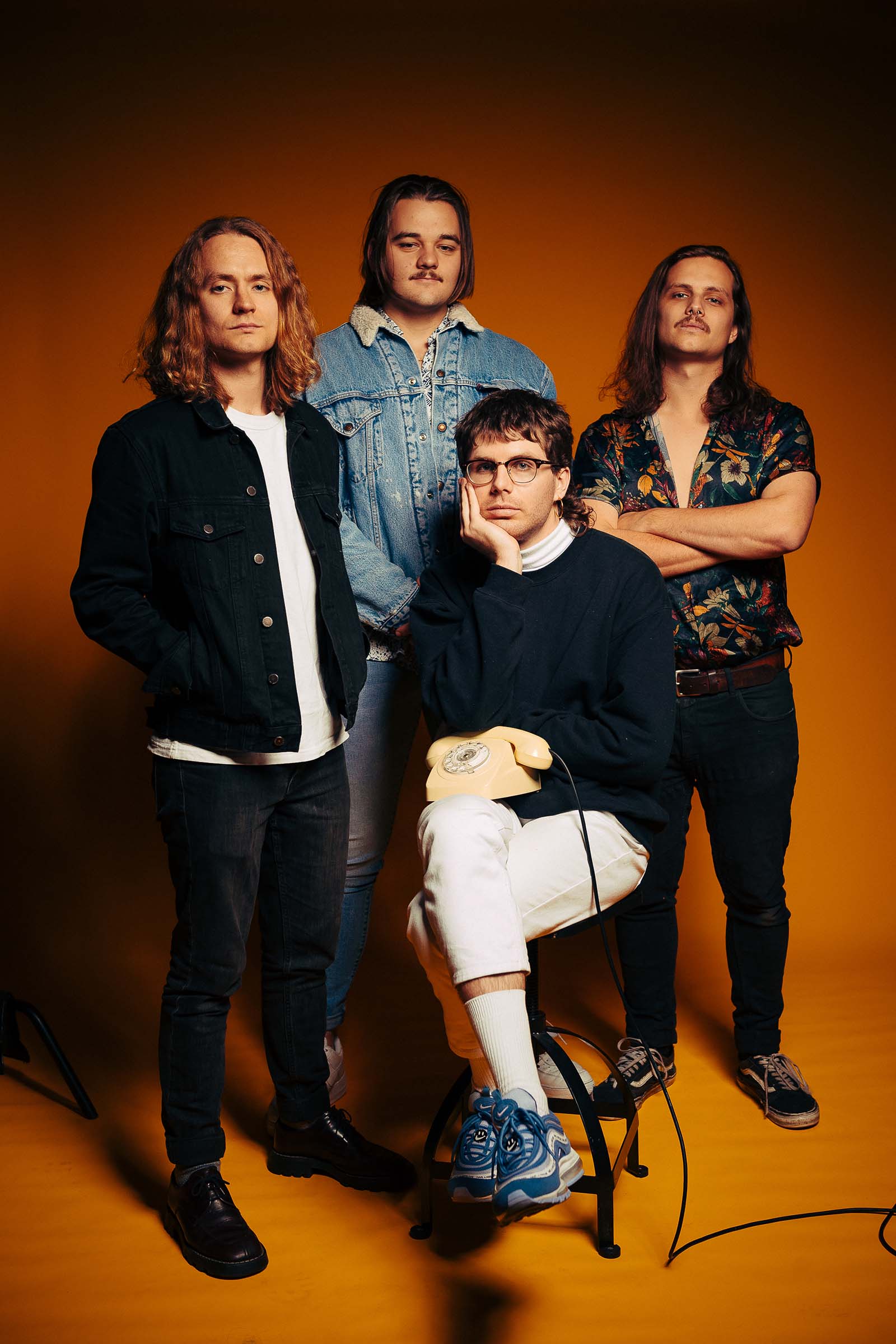 It’s a mild Saturday night in early December, Vacations have made the long trip down south to Melbourne and are just about to hit the stage at the hip Brunswick band room Howler.

You’d expect a band that has clocked up close to ten million streams in 2019 alone – not to mention attracting rave reviews and serious fan love from far flung corners of the globe – should be playing sold out shows at home. But this isn’t a headline set for the Newcastle quartet. Rather a warm-up first on, and starts to only a handful of fans in the know. A fact perhaps indicative of the insular nature of the Australian live scene, that a band creating such major waves internationally are only now, very slowly being recognised at home.

On stage it’s easy to see why Vacations have been connecting overseas. The band tear through a sharp 30 min set of guitar driven indie pop gems on which Burns’ sonorous voice rides confidently high in the mix. Gleaming hooks scythe through the steadily building collection of bright young hipsters, gouging furrows in which Vacations sow keening sonic larvae that will later mutate into insistent earworms that will squirm and reverberate golden pop goodness within their unwitting hosts for days to come.

Earlier on that same day, over a late breakfast to perhaps soak up some slight queasiness from the night before, Campbell Burns, Vacations’ front man, instigator and founding member is making some time to take stock of the band’s trajectory to this point, and indeed the odd situation that 85% of the band’s loyal fan base reside beyond our golden shores.

Campbell shares, “Australia can feel detached from the rest of the world, living in its own cultural bubble. This puts every artist in a unique position and has its own set of pros and cons, however for us, it can be extremely jarring from to time to time, especially when so much of our fan base resides overseas. We’ve technically made it, and people will be quick to tell me that over and over, but it’s never felt like that because the dream is overseas.”

A DIY affair from the get go, Vacations formed in 2016 primarily as a song writing vehicle for Burns as he self- produced demos on rudimentary equipment on a journey to discover his sound and direction. The addition of band members Jake Johnson, Nate Delizzotti and Joseph Van Lier saw that direction develop into a fully realised blueprint, a jangly and intelligent modern take of a sound first born in the death throes of the UK’s Thatcher led dark ages, banner anthems for the maladjusted from the likes of Morrissey and Marr, Joy Division and The Cure.

Such is the drive of the quietly spoken Vacations front man that a trip to tour the U.S. and visit to SXSW in 2017 to represent Australia as an independent act saw Burns head over alone, armed only with a guitar and a tidy swag of well-considered pop songs. Recruiting an American pick-up band via instant messenger in advance, purely so he could take his songs to an international stage. That’s some brass onions right there, and speaks volumes of the self-belief present at the heart of this dynamic outfit.

A brand new chapter begins for Vacations in 2020, with the band’s new full-length collection recorded, mixed and ready to master. It is the album that both the aforementioned self-belief and indeed the awareness of their unique situation has manifested in a more developed and keener sound.

As Burns expands, “‘Forever in Bloom’ takes place directly after ‘Changes’. All of that young energy and naive optimism about the future. We come back from that world tour and a warm reception to find that nothing had really changed, and that we’re in a similar position to before. This album goes into detail about that shift we had as a band, and as best friends, to try and make this work, and everything that came with it as a result.”

Recorded mainly by the band, both together and individually at home, then further completed at various studios across the country including, Sydney’s Studio 301 and Sawtooth Studio in Newcastle. Stems were compiled then handed over to Holy Holy’s Oscar Dawson who co-produced the collection along with the band at The Grove on the Central Coast in line with their primary vision. The resulting release, while yet to garner the critical judgment of media in the band’s home country, is sure to impact their status on their local touring circuit and continue to further raise their already impressive profile overseas .

When it comes time to consider what the next 12 months holds in store for Vacations it seems Burns is resolute in that expanding the band’s influence at home is high on the agenda, but that won’t come at the cost of the huge inroads the band has made overseas.

He explains, “Over the next year we’ll be releasing a string of singles in the lead up to our debut studio album, and then hopefully we blow up or something and tour forever, maybe we’ll move to the USA and write the next album.”

While his late Brunswick breakfast arrives stacked high with haze busting carbs, capturing his attention toward the more immediate concern of staving off a rumbling stomach, Burns concludes,

“This band is such a dark horse, I don’t know what will happen next for us, but with this new album I’m hoping for the best.”