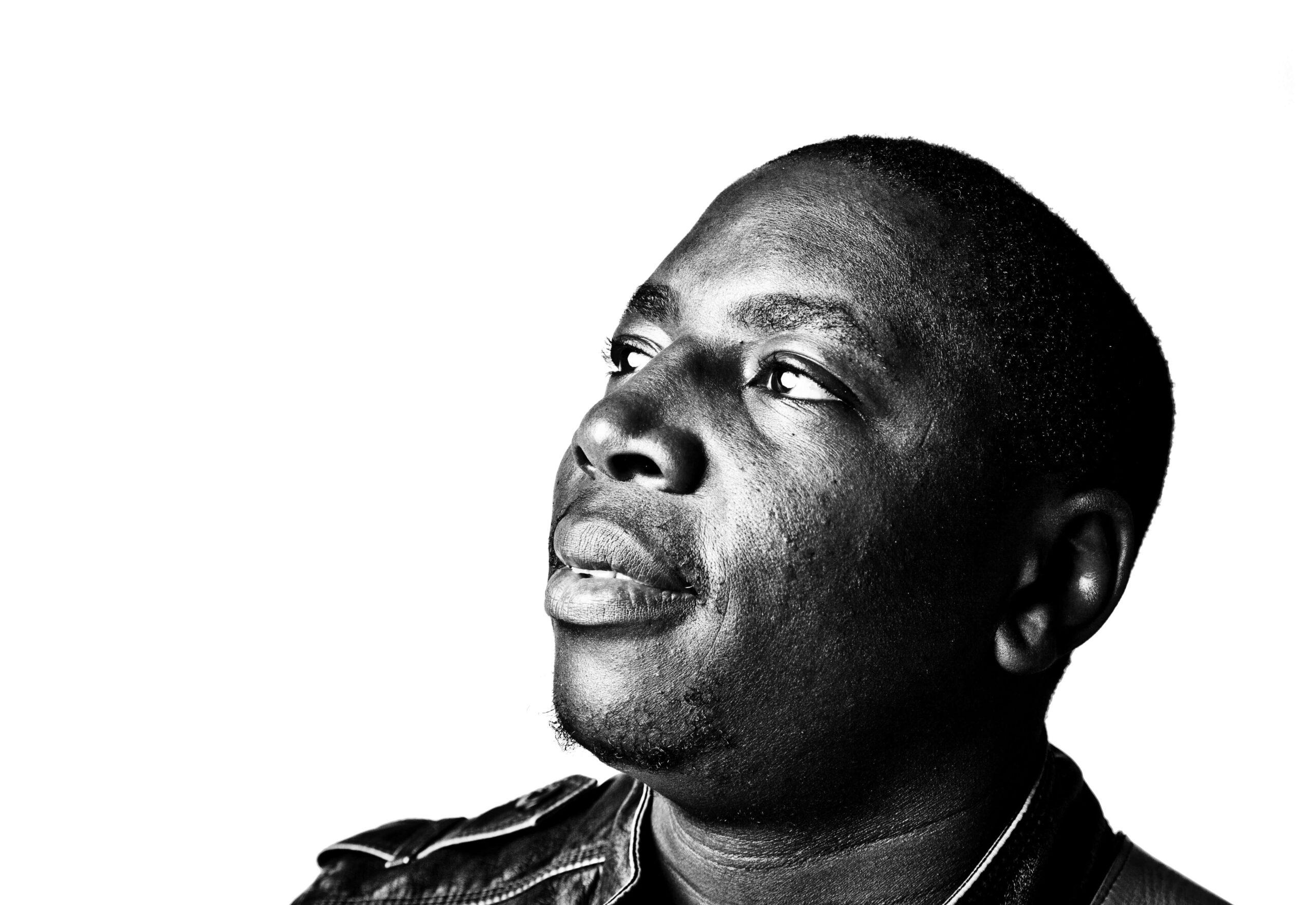 Often referred to as “The Hendrix of the Sahara”, Vieux Farka Touré was born in Niafunké, Mali in 1981. He is the son of legendary Malian guitar player Ali Farka Touré, who died in 2006. Ali Farka Touré came from a historical tribe of soldiers, and defied his parents in becoming a musician. When Vieux was in his teens, he declared that he also wanted to be a musician. His father disapproved due to the pressures he had experienced being a musician. Rather, he wanted Vieux to become a soldier. But with help from family friend the kora maestro Toumani Diabaté, Vieux eventually convinced his father to give him his blessing to become a musician shortly before Ali passed.

Vieux was initially a drummer / calabash player at Mali’s Institut National des Arts, but secretly began playing guitar in 2001. Ali Farka Touré was weakened with cancer when Vieux announced that he was going to record an album. Ali recorded a couple of tracks with him, and these recordings, which can be heard on Vieux’s debut CD, were amongst his final ones. It has been said that the senior Touré played rough mixes of these songs when people visited him in his final days, at peace with, and proud of, his son’s talent as a musician.

In 2005, Eric Herman (still Vieux’s manager today) of Modiba Productions expressed an interest in producing an album for Vieux; this led to Vieux’s self-titled debut album, released by World Village in 2007. Ali Farka Touré’s work to tackle the problem of malaria is continued as 10% of proceeds are donated to Modiba’s “Fight Malaria” campaign in Niafunké through which over 3000 mosquito nets have been delivered to children and pregnant women in the Timbuktu region of Mali. On this first album, Vieux pays homage to his father and follows Ali’s musical tradition, giving new versions of the West African music that is echoed in the American blues. The album features Toumani Diabaté, as well as his late father. One of the tracks, ‘Courage’, is on the soundtrack of the film The First Grader (2010).

On his second record, Fondo on Six Degrees (2009), Vieux branched out and presented his own sound: while remaining true to the roots of his father’s music he uses elements of rock, Latin music, and other African influences. The album received a great deal of critical acclaim from across the globe, and Vieux was clearly moving out of his father’s shadow.

By June 2010, Vieux was performing at the opening concert for the FIFA World Cup in South Africa. That month Vieux also released his first live album, LIVE. His live performances are highly energized and Vieux is known for dazzling crowds with his speed and dexterity on the guitar, as well as his palpable charisma and luminous smile, both of which captivate audiences from all audiences in spite of any language barriers (though Vieux does speak 8 languages).

In 2011 Vieux released his 3rd studio album, The Secret, so named because the listener will hear the secret of the blues with a blend of generations from father to son. It was produced by guitarist Eric Krasno (of the Soulive trio) and features South African-born vocalist Dave Matthews, Derek Trucks on electric slide guitar and jazz guitarist John Scofield. The title track is the last collaboration between Vieux and his late father. With the heralded release of The Secret, Vieux Farka Touré has clearly established himself as one of the world’s rare musical talents and guitar virtuosos with a distinct style that always pays homage to the past while looking towards the future.

Vieux released The Tel Aviv Session (Cumbancha) in April 2012, a collaborative project with Israeli superstar Idan Raichel dubbed ‘The Touré-Raichel Collective’ that has been hailed by fans and critics alike as a masterpiece and one of the best collaborative albums in the history of international music, drawing comparisons to Ali Farka Touré and Ry Cooder’s legendary Talking Timbuktu album.

In 2013, Vieux Farka Touré’s beautiful and critically acclaimed album Mon Pays was released as an homage to his homeland.  Being that his native Mali had recently been splintered by territorial fighting between Tuareg and Islamic rebels since January 2012, Mon Pays was devoted to reminding the world about the beauty and culture of his native Mali. Translated as ‘My Country,’ this predominantly acoustic undertaking transformed into an artifact of cultural preservation. Two songs on the project -Future’ and ‘Peace’ feature Sidiki Diabate’s kora leading an emotional charge complemented by Touré’s spectacular guitar work. Both tracks represent an important generational “passing of the torch” as Sidiki’s father, Toumani is considered one of the greatest living kora masters and was a close friend of Vieux’s father Ali. Mon Pays has been widely hailed as the most mature and lovely record yet from one of this generation’s most exciting artists to come out of Mali and one of world music’s true rising stars.

Vieux reunited with Idan Raichel in Paris to record, release and subsequently tour their 2nd collaborative album as The Touré-Raichel Collective in 2014. The result was yet another musical and critical triumph, titled ‘The Paris Session’ (Cumbancha) revered by many as not just a musical gem for the ages but a powerful testimonial to the power of art and fraternity to transcend vast cultural and political divides.  In 2015, Vieux released another unexpected, genre-bending collaborative album, this time with New York-based singer Julia Easterlin, aptly titled ‘Touristes’.   The album shot to the top of the iTunes World chart and earned critical acclaim, including that of John Schaefer (NPR) who called it “brilliant.”  On April 7, 2017, Vieux released his latest album ‘Samba’, recorded live in front of a small audience at Applehead Studio in Woodstock, NY.  The album was being hailed by critics as Vieux’s finest, most well-rounded and mature album to date.  With each new project, Vieux expands his horizons, embraces new challenges and further entrenches his reputation as one of the world’s most talented and innovative musicians.