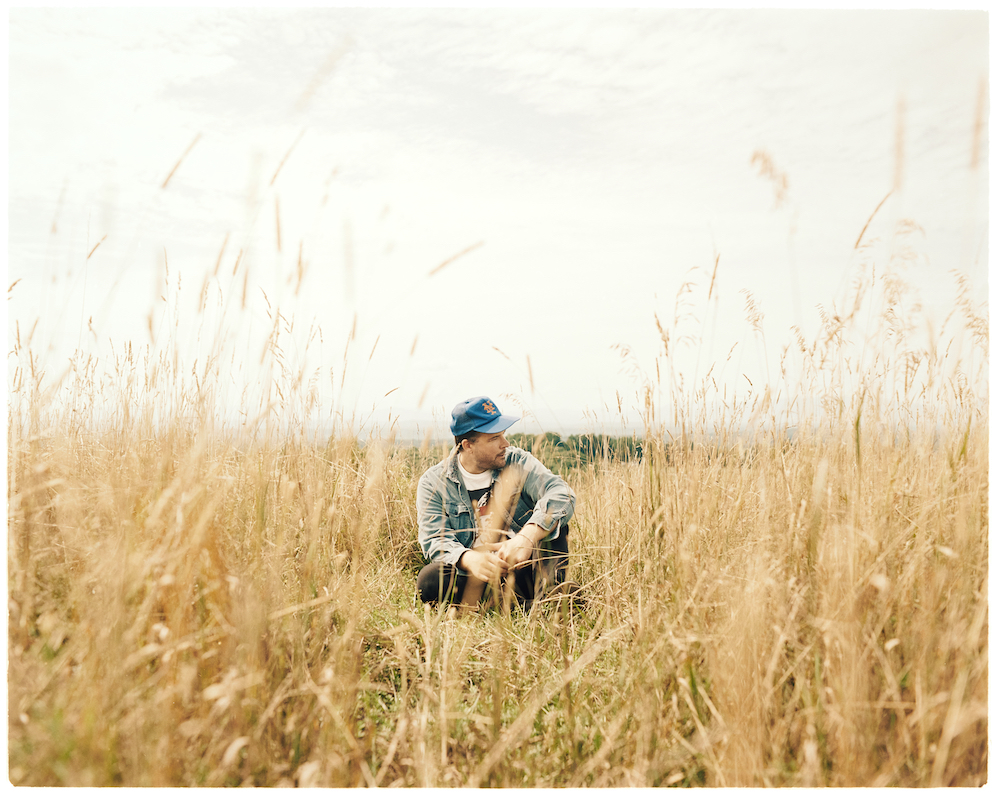 Wild Pink’s last album, 2018’s Yolk In The Fur, concluded with a song about the strange sense of relief that comes with “letting go of youth.” Frontman John Ross, then in his early thirties, was singing from a place of newfound comfort and wisdom, but it ended with a repetition of the line, “I don’t know what happens next.” The song, titled “All Some Frenchman’s Joke”, is a beautifully concise rendering of a universal milestone: leveling up from the wide-eyed naivety and self-destructive routines of our youth, only to realize that we’re as unprepared for the future as we were for the past.

On Wild Pink’s third album and first for Royal Mountain Records, A Billion Little Lights, Ross explores that dichotomy of finally achieving emotional security—of accepting the love and peace he deprived himself of in his twenties—while also feeling existentially smaller and more directionless than ever before. The record is a two-pronged triumph: an extraordinary reflection on the human condition presented through the sharpest, grandest, and most captivating songs Wild Pink have ever composed.

The band, which is rounded out by bassist T.C. Brownell and drummer Dan Keegan, formed in New York City in 2015 and put out a handful of EP’s before releasing their critically acclaimed self-titled debut in 2017. It was a sophisticated showing for a band’s first album, but it was the striking maturation of Yolk In The Fur that established Wild Pink’s unique sound: a glistening variety of pastoral indie-rock akin to The War On Drugs, Death Cab For Cutie, and Kurt Vile, but informed by classic American rock poets like Bruce Springsteen and Tom Petty. The album received glowing praise from Pitchfork (a score of 8.1), Billboard, NPR, Stereogum, and Uproxx, the latter deeming them “one of indie’s best emerging bands.”

Even though Wild Pink were operating within the relatively modest world of contemporary indie-rock, critics likened them to the types of revered rock auteurs who rack up Grammy nominations. So for A Billion Little Lights, they actually made that leap. The record was produced, mixed, and co-engineered by producer David Greenbaum, who’s worked with the likes of Beck, U2, Cage The Elephant, and Jenny Lewis. Like all Wild Pink records, the songs were entirely written and arranged by Ross, who shaped them into high-quality demos over the course of a year in his new home in New York’s Hudson Valley. But unlike previous Wild Pink albums, Ross enlisted a deep bench of session musicians and friends to perform a litany of additional instruments, finally granting Ross’s musical visions the space and sonic resources they needed to achieve their finest forms.

The ten songs on A Billion Little Lights are adorned with fiddles, violins, wurlitzers, saxophones, accordions, pedal steel guitars, and a variety of richly textured synths and keyboards. In addition to the instrumentation, Julia Steiner of the Chicago band Ratboys provides beautiful harmonies throughout the record, her soft voice recalling the friendly glow of a porch light when it switches on behind Ross’s dusky coo. On past records, Ross’s breathy delivery rarely raised above a hushed murmur, but here he sings with a melodic confidence that makes songs like “Pacific City”, “Die Outside”, and “The Shining But Tropical” some of the catchiest, most anthemic cuts in the Wild Pink catalog. The band have never sounded dated or nostalgic, but the lingering twinge of Americana in their sound has always given their songs a familiar, classicist resonance. On A Billion Little Lights, there are little details like speckles of auto-tune, flashing synths, and even trip-hop-esque drum loops that subtly yet effectively rebuff the notion that Wild Pink’s music yearns for a bygone era: the album sounds at once timeless and unmistakably modern.

That sonic quality is a fitting complement to the album’s lyrics, which see Ross caught in the bramble between his past and his present; feeling suffocated by the repetition of life while simultaneously gazing at the stars above and marveling at the unquantifiable vastness of it all. “Time spreads like Jasmine on a fence / Always behind, I can let go but I’m still always behind” he sings on the shimmering “Bigger Than Christmas”. On the sprightly folk-rocker “You Can Have It Back”, he cheekily sizes up his flaws (“Everybody laughs easily / There’s something wrong with me”) and outwardly admits, “Never figured out how to live / Just dreaming all the time.” “Family Friends” and “Track Mud” are musings on day-to-day stasis: “Every day is Groundhog’s Day now” he sings in the former, while lamenting about being “lost in anxious thoughts again” in the latter.

However, it’s the final two songs, the record’s musical standouts, that offer a tepidly hopeful counter to those periods of despair. In “Pacific City”, Ross sings about barely being able to recognize the person he once was, a self left behind once he shedded self-hatred (“For every little thing about myself I couldn’t change”) and learned to “make hay

while the sun shined.” “And you deserve the good things that’ll come to you / You just need a little room”, goes its hook. It’s unclear whether that “room” is a reference to his literal relocation to rural upstate New York, or a metaphor for emotional space, but either way “Die Outside” is all about making it. With a stadium-sized hook and the rhythmic swing of a two-ton pendulum, Ross calls to “let every wall come down” with a windswept sing-song of a delivery, a barnraiser of a hook.

Whereas Yolk In The Fur ended with an admission of utter uncertainty, this album ends with a more conclusive observation: “Your blood is like ocean water.” It’s an almost soothing acceptance of our primordial nature, that like the ancient water of the sea or the billions of little stars above, we’re as much a part of something greater and everlasting as we are a mere flicker in the night sky. Wild Pink’s music has always rooted around in those sort of immortal complexities, but A Billion Little Lights is the first time the surrounding music truly captures those alternatingly micro and macro quandaries. It, too, is something to marvel at.