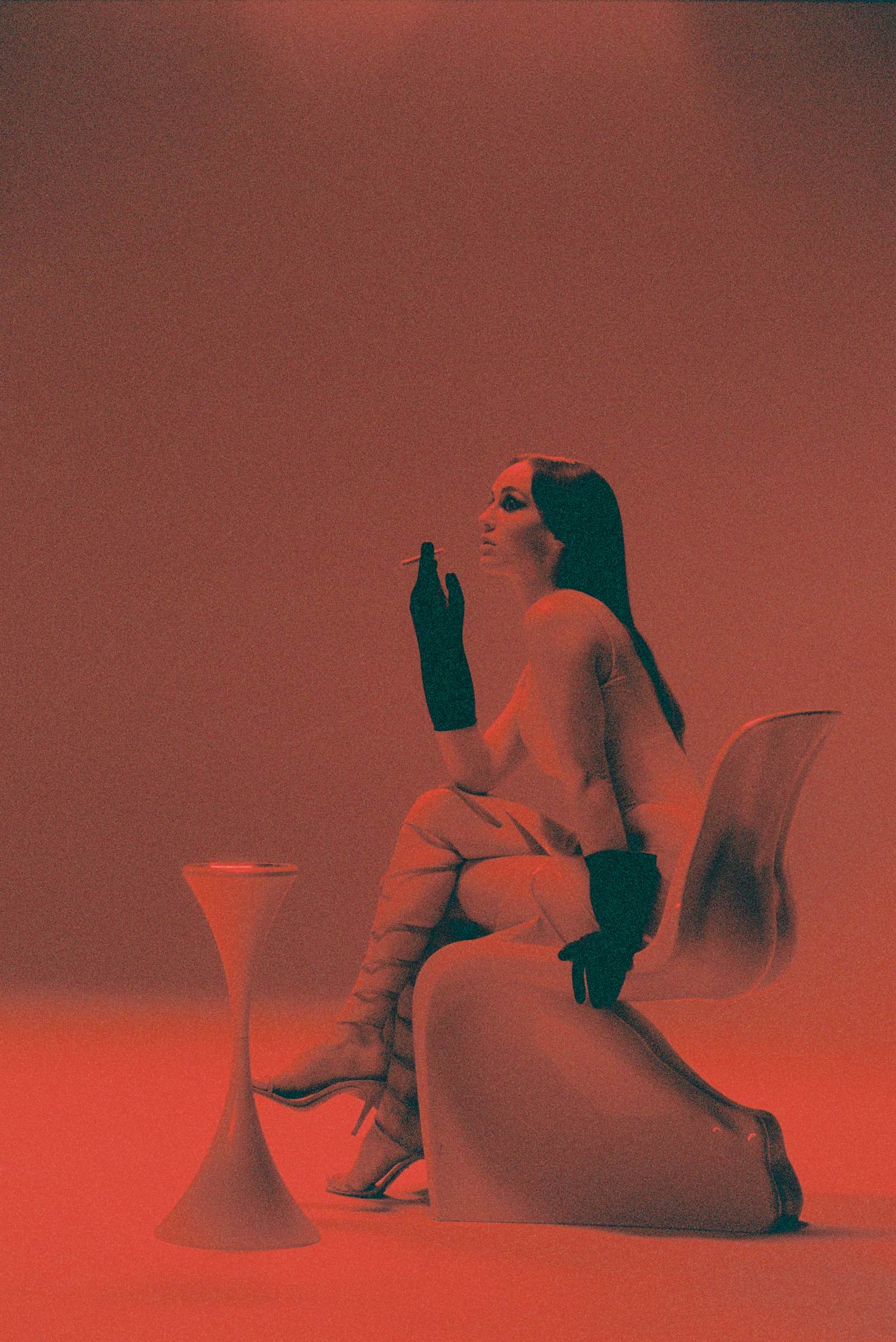 With every new album an artist makes, there’s an evolution, another chapter.  But for Zella Day—her new record, Sunday In Heaven, is a whole other book. It’s not so much that it’s a step away from her debut Kicker—although this new record’s expansiveness, ambition, and bare-bones intimacy is significant. It’s that Zella has entered a new era personally, and the effect of this on her music is pronounced and powerful, creating an album that is lightyears forward in sound and scope from its predecessor.

But to grasp how far Zella’s come it’s important to understand where she came from.  Born in Phoenix, Arizona, Zella spent her formative years in Pinetop, AZ, raised by a bohemian family (who hail variously from Long Beach, CA and Mexico), Zella was brought up on a soundtrack of Lauryn Hill, Agent Orange, Digable Planets, and Edie Brickell, among others. She cut her teeth performing at her grandma’s coffee house, and then, at just 13, the young singer appeared on MTV reality show Camp’d Out: I’m Going to Rock Camp, recording her independently-funded first album, Powered by Love, the same year.

When her parents divorced a few years later, Zella, her mom, and sister headed back to CA. Armed with that first album, a preternaturally husky-sweet set of pipes and plenty of chutzpah, Zella signed a label and publishing deal on her 18th birthday, joining a roster known for its pop creations.  Making Kicker was a steep learning curve for the kid from the mountain top: writing to track and contending with music industry machinations. But her strength in herself, as well as her artistry and confidence, grew in tandem with settling into her adopted city of Los Angeles, finding her tribe of creative cohorts—from songstress Weyes Blood to the empowering friendship of Lana del Rey, who ran into Zella at a local bar, greeting her by calling out a Kicker deep-cut.

“Lana, Weyes Blood, and I went to see Father John Misty together, and I’ll never forget sitting in my kitchen when Lana said, ‘Finally my two favorite singers in the whole world are in the same room,’” recalls Zella. “To be brought together in that way felt really special. There was trust built, true love, and friendship before we started to create. It feels like a community, these women are their own pillars; it’s been beautiful.” The effect of Zella’s evolving vision, bolstered by the community around her, spurred her on in new ways: “I wanted to get into the room with really talented, technical musicians, people who really challenge my voice, my instrument, my songwriting abilities.”

This goal fueled her creative process; both Sunday In Heaven, and its EP precursor, Where Does the Devil Hide, produced by The Black Keys’ Dan Auerbach, find Zella with her energy refocused to the sharpest point possible, her lyrics intensified with experience and a freedom hard won.  “There is no real growth sitting in that place where you feel like you had something done to you or that you had no control,” she says sagely. “You have to rebuild yourself from the ground up before you even deserve to be elevated to a stage again. Sunday In Heaven is a stepping out of my old self, and into the next version of what I am, the way I want to be creating, how I’m creating.”

Regardless of her evolution, at the core, Zella is a songwriter. She penned some 70 songs for Sunday In Heaven that were ultimately whittled to ten tracks steeped in Cali blue skies and golden hour light. Some were written on a tablecloth in Ojai (“Almost Good”), some scribbled at her kitchen table, others came in a car driving down to Chino, where she spent the summer of 2019 demoing the album with her friend, producer/engineer John Velasquez.  Eventually, in the middle of quarantine, the pair jumped in a Jeep Wrangler, driving cross-country to record with producer Jay Joyce (Emmylou Harris, White Reaper), at his Nashville studio The Neon Church.

Hence, Sunday in Heaven was bred at the base of an altar.  It’s a record that shrugs off any modern pop production flourishes that could tie it to a specific era by design.  In Jay, she found not only someone who shared her love of psychedelic folk rock, but someone who “knew when to step away and let things breathe, and when to color in the lines and finish what I had started,” she says.  Songs with vibrant, four on the floor time signatures were recorded by a live band, which included Autolux’s Carla Azar and Cage The Elephant’s Daniel Tichenor.  Jay Joyce’s expertise in effortlessly blending elements of all different genres helped Zella to hone in on the voice she had developed — a distinctly Los Angeles inflection combining ease and beauty stretching from the pangs of self-growth and resilience.  The album’s additional production by John Velasquez and Alex Casnoff allowed Zella to continue to stretch herself musically in new ways.

Sunday In Heaven is liberally sprinkled with ear-worm melodies (the sunny stomp of “Am I Still Your Baby?”; a kiss off to those who dared doubt her on “Last Time;” the skippy “Drink too much / Think too much” refrain of “Mushroom Punch,” which Zella calls a “psychedelic trip of the heart”). Elsewhere, both “Girls” and “Golden,” with their breezy, 70s soft-focus sashay, emerged during two fertile days writing just outside Muscle Shoals, AL with John Paul White (Civil Wars), whom she had met ten years prior as a teenager. An ode to endless evenings with her friends, “Girls” slinks in, with a giddy, wine-stained mouth. There’s a trace of Fiona Apple in its off-kilter strut; something a little “California Dreaming” in the cushiony harmonies. It’s a song that curls a coy finger, beckoning you in: come through and be part of our gang.

There are songs that tackle matters of the heart too, like “Almost Good,” with its rolling bolero as Zella picks apart a lover’s potential. Then there’s “Dance for Love,” a joyous ode to Roy Orbison, inspired by a fleeting twilit moment where Zella danced down an empty street listening to Orbison with only her dog to bear witness. Elsewhere “I Don’t Know Where to End” is her “Easy Like Sunday Morning”-meets Sgt Pepper’s-era Beatles love-letter to Long Beach (“I wanted to capture the warmth that I feel being embraced by that place”). At the album’s beating, tender center stands “Bunny.” Over sparse piano chords, a reflective Zella pushes through the swirl of self-doubt. As “Bunny” builds to a climax, her voice cracks, both bruised and defiant, “Let it all go, everything’s different now.”  “I needed something like a mantra I could repeat to myself, the more I sing it the more I’ll believe it,” she explains.

“It’s up to us to decide whether or not we are going to let certain challenges define our lives,” she continues.  Truly, if Sunday In Heaven is anything, it is the pure sound of a woman choosing how and who she wants to be in the world on her own terms; a record for moving forward out of darkness into light; for creating your own beautiful, sparkling reality exactly as you are. Heaven, indeed.